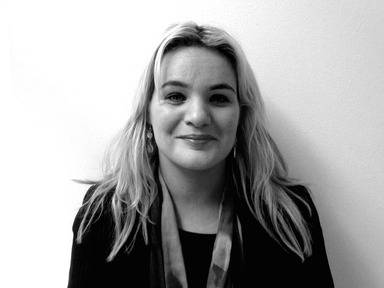 For young people in Ireland, obtaining a third-level degree has arguably never been more important. According to the National Youth Council of Ireland, Ireland had one of the highest youth unemployment rates in the EU during the recession. Even as the economy improves, shrunken retail and construction sectors mean that non-degree holders are the first to be left behind in a competitive job market.

Recent statistics from the Department of Education are hopeful, with over 90pc of students sitting their Leaving Cert in 2013 and 2014. However, students from the lowest socio-economic backgrounds still lag behind their peers in this measure: in Ireland’s DEIS schools two out of 10 students still fail to complete their final year.

Future Voices is an award-winning youth empowerment programme working with young people from disadvantaged schools, in the years leading up to their Leaving Cert. Students attend workshops to build their skills and confidence, and are paired with mentors working in areas of law, policy and business, to help them build a network of support.

Social entrepreneur Mairead Healy founded Future Voices in 2012. As her team gets ready to launch a new programme, Youth:Elect, this March, Healy explains what motivates her to advocate on behalf of young people.

What is the mission of Future Voices?

Young people growing up in some of the most deprived and marginalised communities in Ireland often struggle to reach their potential. At Future Voices, we want to give them a voice and an opportunity to build up their self-esteem.

How does it work?

We hand select the DEIS schools with the lowest test scores and percentages going on to college, and we work with these students to give them a new sense of confidence, so that they might become leaders in their communities.

The programme is currently built around a three-year model, so the three years of secondary school leading up to the Leaving Cert. The ‘Flagship’ project is about building up the students’ confidence through workshops and coaching sessions to build their skills – we cover everything from research, public speaking and presentations.

Following this, the ‘Step Up to the Mark’ programme is really about them taking charge, becoming advocates for their communities by learning about the legislation that affects them. Step Up includes a central project piece – for example, this year our students are organising a TEDx conference.

Throughout the three-year programme, students are paired with mentors who are working in the fields of law, policy or the government. They also have interactions with high level influencers in Ireland through our workshops and events, such as chief commissioner of the Irish Human Rights and Equality Commission Emily Logan and Supreme Court Justice Frank Clarke.

The reason for this is twofold: we engage the high level mentors in order to give the students a realistic shot at actually achieving their goals and being able to flourish – because the reality is that students have better chances in the job market if they have access to the right networks.

But it’s not just about changing the mindsets of our students – it’s about inspiring the leaders and mentors as well. It’s about them thinking twice next time they’re going to hire someone or help someone on their way. We can’t break down old, elite and exclusive networks, but what we can do is create new ones that will be more accessible and inclusive.

FV is very young – you founded it in July 2012 and launched in 2013. What were some of the biggest challenges to you in the first two years?

Interestingly enough, the hardest step in setting up Future Voices was reaching the young people themselves. We were targeting only the most troubled schools with the lowest scores, but the teachers and administrators were often acting as gatekeepers, not returning my calls or agreeing to speak to me.

I think that perhaps the teachers were skeptical – very few people go on to college in these schools and I think maybe they didn’t want me giving the kids false hope.  I remember that a month before we were due to launch, we had hardly any kids signed up at all! Somehow it all came together in the end, once schools started letting me speak to kids in person, and they signed up in droves.

After the first year it was easier, because we had received some positive media attention and the word had spread among schools.

Have you made any major changes to the FV model as a result of feedback from students or others?

At first we were intending just to do the one-year programme. But by the end of that first year, everyone – I had teachers, pupils, parents – everyone was reaching out saying “Mairead, you have to bring these kids back.” So we expanded into a three-year programme. Now we still have the Flagship programme, with new intake every year, followed by two years of ‘Step Up to the Mark’.

At the moment, FV is concentrated in Dublin. Do you have any plans to scale up?

I definitely want us to expand. I’d really like to make it all-Ireland. Because I’m from the North, I know how deprived it is in terms of unemployment, and opportunities, so setting up in Belfast would be a dream.

We also want to expand the programme offerings. The first cohort of Future Voices are now in their Leaving Cert year at school, so we are designing a follow-on programme for when they go on to third level education. One of the challenges about working with students from this background is that the dropout rate is very high when they go on university. The new programme will pair up senior partners from law firms to be there for our students throughout university, to meet with them every term, to be on the end of a call or an email.

It’s very important that we don’t leave them now. We have brought them this far and now we want to follow through.

In March 2015, Future Voices is launching a new nationwide campaign, Youth:Elect, which will coach young people under 30 to stand in the General Election. All of the main political parties in Ireland have signed up to participate in the programme, which will include workshops on campaign management, community engagement and communication skills, to assist them with their campaign.

The Change Leaders series is a collaboration between Ashoka Ireland and Businessandleadership.com.