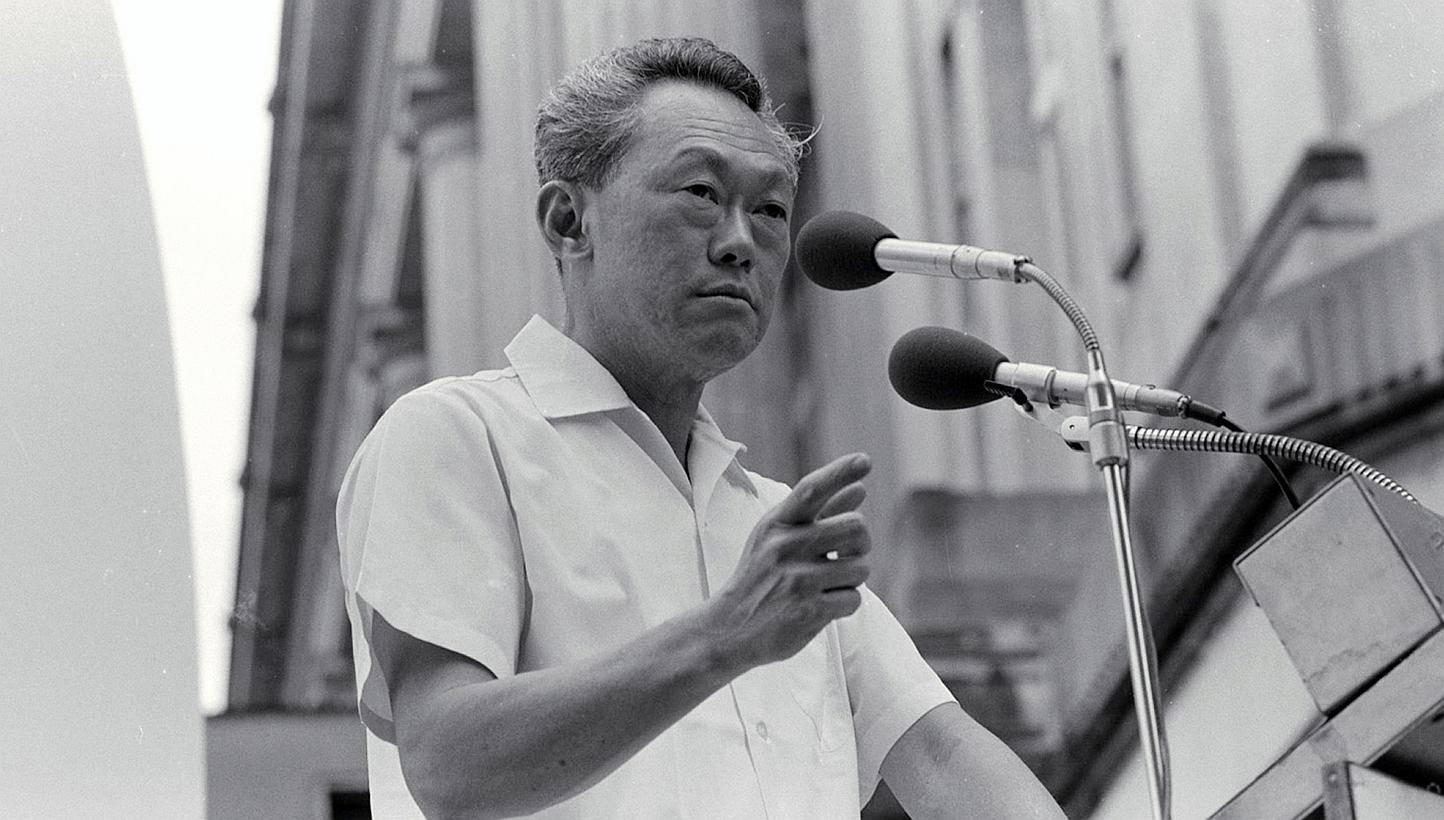 Lee Kuan Yew was the first and longest-serving Prime Minister of Singapore. It was his leadership that transformed Singapore from a third world country into a thriving metropolitan city in just three decades. In a press conference, referring to the airline pilot strike of Singapore Air, he said, “I have spent a lifetime building this (referring to the city of Singapore), and as long as I am in charge, no one is going to knock it down.” He was the leader Singapore needed, and it took him a mere 65 minutes to end the strike.

Lee Kuan Yew was born in 1923 as the eldest child of Lee Chin Koon. He studied in the top schools in Singapore and went to the London School of Economics briefly for his university education before moving to Cambridge where he obtained his Law degree.

He returned to Singapore, where he became a legal advisor to student and trade unions. Here he made many connections that would aid him in his political career later on.

Start of his Political Career

Lee started his political career under a Pro-British Progressive Party as an election agent. Soon after, he co-founded the People’s Action Party (PAP) with the aim of ending British colonial rule and attaining self-governance for Singapore. On 5 June 1959, Lee became the first Prime Minister of Singapore when PAP won the most seats in the legislative assembly.

To end the British rule, Lee pushed for a merger with Malaysia. The Federation of Malaysia was formed on 16 September 1963, but the integration proved to be unsuitable for both sides. Just two years later, the then-Malaysian Prime Minister decided that Singapore should leave the federation.

The choice to leave was the lowest point of Lee’s life, but also the turning point for Singapore’s success. Although Lee was in anguish at that point, he never gave up on his vision for Singapore. With Lee at the helm, an independent Singapore developed into the thriving metropolitan city it is today.

After stepping down as Prime Minister in 1990, Lee served as Senior Minister and then Minister Mentor in the government, advising the country’s new generation of leaders on national issues. He passed away on March 23rd, 2015 from pneumonia.

Due to Lee Kuan Yew, Singapore Is A Success Story

Singapore is one of the world’s successes stories, and Lee is the man behind it. Although many critics question his style of leadership and describe it as autocratic and dictatorial, Singapore’s meteoric rise as a city-state is undeniable.

One of Lee’s most apparent qualities was his straightforwardness. He was not afraid to be blunt about what he saw as the truth. This approach came across as too abrasive for some.

Although some might be offended or feel uncomfortable, you will gain a lot of respect for doing so. People know that they can trust you.

Lee planned for succession years before he stepped down as Prime Minister. He saw the importance of grooming the next generation to lead the nation. As the saying goes, there is no success without a successor.

Your organization must transcend you, and you must be humble enough to acknowledge that. Strive to build a team centered around a mission or purpose instead of an organization focused on you.

Be generous with sharing your experiences and advice with the next generation of leaders that you are grooming. Equip them with the information and knowledge they’ll need to continue growing the organization. A great leader will ensure that those that step into his shoes have the best chance of success.

Lee went through his toughest period during the separation of Malaysia and Singapore. Him shedding tears on public television marked one of Singapore’s most historic moments.

However, even with this setback Lee never gave up. He strengthened his resolve and continued to believe that he could develop Singapore into what he envisioned it to be.

A leader must have this resolve to press on no matter how difficult the circumstances. It is this quality that separates the good from the great. Anyone can lead well when conditions are favorable, but it is your conduct in times of adversity that distinguishes you as an excellent leader.

Moreover, when you continually choose to press on, you will develop tenacity and persistence that will help you throughout your leadership journey.

“Between being loved and being feared, I have always believed Machiavelli was right. If nobody is afraid of me, I’m meaningless.”

“If you can’t force or are unwilling to force your people to follow you, with or without threats, you are not a leader.”

“What I fear is complacency. When things always become better, people tend to want more for less work.”

“If you think you can hurt me more than I can hurt you, try. There is no other way you can govern a Chinese society.”

“I do not yet know of a man who became a leader as a result of having undergone a leadership course.”

“I always tried to be correct, not politically correct.”

“Low salaries will draw in the hypocrites who sweet talk their way into power in the name of public service, but once in charge will show their true color, and ruin the country.”

“If you deprive yourself of outsourcing and your competitors do not, you’re putting yourself out of business.”

“When you’re Singapore, and your existence depends on performance – extraordinary performance, better than your competitors – when that performance disappears because the system on which it’s been based becomes eroded, then you’ve lost everything… I try to tell the younger generation that and they say the old man is playing the same record, we’ve heard it all before. I happen to know how we got here and I know how we can unscramble it.”

Who is known as the father of Singapore?

Of course, it is Lee Kuan Yew, known as “The Founding Father of Singapore.” He not only transformed a small “outpost” that was largely forgotten by the world, into one of the least corrupt and wealthiest countries in Asia. If it weren’t for Yew, Singapore would look vastly different than it does today.

What are the religion and religious beliefs of Lee Kwan Yew?

Yew stated personally he was Buddhist/Taoist and was proud to be part of that community. He stated this on the record in 2009 during an interview with Mark Jacobson of the National Geographic Magazine. As for his religious views, in his autobiography, he said, “I wouldn’t call myself an atheist. I neither deny nor accept that there is a God.”