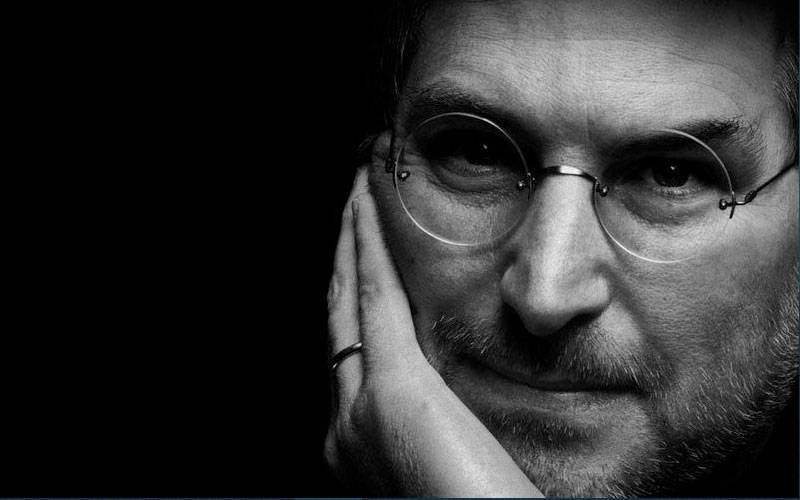 When it comes to marketing, there is very little which is invented. Just as Mick Jagger of the Stones so poignantly summarized, “There is no future in rock ‘n roll music, it is all only recycled past.”

Steve Jobs marketing genius was in seeing the brilliance of Nike, in showcasing star athletes of the 80s such as Michael Jordan, John McEnroe, and Lester Hayes, and slapping their logo next to them. Nike knew the psychology would take over, and take over it did.

Jobs’ did the same, but instead of star athletes, he created sexy products and used psychology to build an “elite brand.” He knew with just 5% of the market share Apple would be wildly successful.

Where companies go wrong is trying to convince their audience that they are the right product for them. Jobs’ points to the Dairy industry as an example. How they tried for 20 years to convince the country that milk was good for them. “It’s a lie, but they tried,” quipped Jobs.

But then they came out with the “Got Milk?” campaign, and it wasn’t about the product, it was about the absence of the product, but they used stars, just like Nike with milk mustaches and sales skyrocketed.

Back to Nike, have you ever seen a Nike commercial where they discussed why their product was better than Reebok? Ever seen a detailed analysis of their shoe technology and how it will help you run faster or play better? Of course not. Instead, Nike’s ad honor great athletes and great athletic accomplishments.

When Jobs came back to Apple, and the company was in disarray, even with a large advertising budget. Jobs stripped the “core value” of the company which was to help people do their jobs better with the box that Apple made, to one of, people who use Apple products have the passion to make the world better.

The core of it, and what Jobs completely believes, are the people who are crazy enough to think they can change the world, are often the ones that do.

But never forget to look beyond the marketing, because Apple and Nike, while their public “core values” may be very different, internally, they are the same: Make Lots of Money with Cheap Overseas Labor.

Before going live with the “Think Differently” campaign, Jobs was torn which version to use. One with Jobs doing the voiceover, or one with Richard Dreyfus. Both were sent to the network, and the decision was made in the final hour. The Dreyfus version, which was obviously the correct choice was chosen . Jobs’ vision is genius, the power of his voice is not. It takes a real leader to recognize that you don’t always possess that which is best.

What Did Steve Jobs Sell To Start Apple?

In 1975, Steve Jobs and Steve Wozniak joined together and worked out of Job’ parent’s garage. They needed $1,350 in capital to start Apple, so Jobs decided to sell his VW microbus, and Wozniak, parted with his HP calculator.

Did Michael Fassbender Do A Good Job Portraying Steve Jobs?

Steve Jobs Marketing – The Man In The Machine

How Steve Jobs Changed The World

How Steve Jobs Turned the iPhone Into The Best Social Brand –

Apple had never done anything this massive before. When someone mentioned to Steve Jobs that the idea of the iPhone would be more significant than the Mac, Steve just said, “I know.” How did Jobs know? Simple. Everywhere he went two things were certain. 1) Everyone had a mobile phone; 2) Everyone was complaining about it. He knew Apple could build something better.

At the time the iPhone was being discussed as a possible product, the iPod was responsible for about half of Apple’s revenue.  In a meeting of the iPod team, one of the concerns for possible future loss of market share and revenue is “What if cell phone also could play MP3s.” This was when they knew the iPhone also had to include an integrated iPod player. The problem was, getting the “phone interface” to work with the iPod “wheel” that was so popular and not have the device look and operate like a rotary phone, which would have been a death sentence for the invention.

Instead, Jobs suggested to the design team to take the technology they were working on for the new tablet and shrink it down to allow for a multi-touch experience including a keyboard. Since the most popular device was The Blackberry with its hard keyboard, Apple went the soft round and included scrolling and the famous “rubber band bounce” signifying you were at the end of the page.

As the project was coming together, Jobs feared the teams would inadvertently leak information outside the walls of the Apple Complex about the iPhone (code named The Purple Project), and the press would spoil the announcement. Jobs wanted to dazzle the world and the only way to do that was to keep the public in the dark. So Jobs put up posters all around the office about “Fight Club” and modified the posters to read, “The First Rule of the Purple Project, is Not Talk About the Purple Project.”

On January 7, 2007, the secret remained within the walls of Apple when Jobs took the stage for the announcement.

The Dark Side of Steve Jobs

From the time he berated an older woman for her “skill” at making Jobs a smoothie at Whole Foods to telling a top Xerox employee, “Everything you’ve ever done is shit,” Steve Jobs is not wildly known for the “Good Steve,” and “Bad Steve” sides of his often unpredictable personality traits.