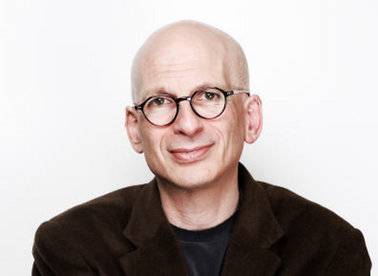 For many, Seth Godin is a leader among marketers. In his latest book, Tribes, however, he puts forward the idea that we must all be leaders. He explains why to Marketing Age.

It’s not every day you come across someone perceived to be a real hero in the field of marketing, but Seth Godin – bestselling author, speaker, blogger, entrepreneur and self-professed agent of change – appears to have nailed it, right down to the fact that he has his very own five-and-a-quarter-inch tall ‘Marketing Guru Action Figure’, complete with trademark odd socks and casual business gear.

Godin’s list of achievements to date is extensive, by any standards. He has been at the forefront of developing and communicating some of the biggest marketing ideas over the past decade, including permission marketing, ideaviruses – the notion of creating powerful ideas that spread like viruses – and the purple cow concept, whereby companies, brands and individuals differentiate themselves by being ‘remarkable’.

He has written 12 successful books, including Purple Cow, a New York Times and Wall Street Journal bestseller, which looks at how companies can transform themselves by trying to become remarkable; All Marketers Are Liars, which focuses on the power of telling authentic stories and was translated into a dozen languages; Permission Marketing, which advocates engaging rather than interrupting consumers; The Big Red Fez, about good web design; and Unleashing the Ideavirus, an e-book downloaded by more than two million people. His blog, Seth’s Blog, is top of the AdAge Power 150.

Godin has also been a successful entrepreneur, having founded and led interactive direct marketing company Yoyodyne, which was subsequently acquired by Yahoo! at the end of 1998. In 2005, he founded Squidoo, a community website that allows users to create pages or lenses (900,000 of them at last count) on subjects of interest to them. In keeping with Godin’s social entrepreneurial tendencies, a proportion of Squidoo’s revenue is given to charity. All of the proceeds from sales of the Seth Godin action man, meanwhile, are donated to the Acumen Fund.

Given his work rate, it’s not surprising to discover that he neither watches TV nor does Twitter. He told a conference in London recently that either one of these could take up six hours of his time a day. Instead, he said, he allocates his time to answering people who contact him and focusing on spreading ideas.

Godin’s appeal has much to do with his ability to understand, perhaps even pre-empt, the zeitgeist. In the current climate, his latest book – Tribes: We need you to lead us – is an apt example, focusing as it does on the need for people to take charge of their lives, to bring about change and to take the opportunity to become leaders in their own tribes.

In the acknowledgements section of the book, he writes about seeing a Hugh McLeod cartoon a number of years ago with the caption, ‘The market for something to believe in is infinite’. “As soon as I read it, I knew I wanted to write a book about that idea,” explains Godin. He began blogging about the concept of tribes at the beginning of 2008 and, over the following months, noted increasing references to the subject through a range of sources.

Godin tells Marketing Age that he was motivated to write the book through seeing worthy people who are afraid to lead, and great ideas ignored because of lack of leadership.

“I saw two things,” he says. “I saw all the marketers who were failing with traditional tactics, and I saw the few leaders who were making such a huge difference. Not just selling things, but changing things, leading groups, connecting people and using their skills to make an impact. I wanted to spread that message and encourage others to try it. The opportunity is there and I needed to point it out.” He points out that the subtitle of the book – We need you to lead us – is very important.

“Marketing used to be about delivering average products to average people (the masses) in tonnage with ads,” he continues. “It used to be about interrupting strangers with commercial messages with frequency. Enough cheap, focused interruptions and you made a profit.

“Marketing is now about leadership: leading groups of people to places they want to go; connecting them to each other; building a tribe; making a difference; and challenging the status quo. Marketing is leadership and leadership is vital. The book doesn’t show you how to lead; it sells you on why you must lead.”

Godin devotes one of the longest chapters of the book to the phenomenon of ‘sheepwalking’ (being a typically Seth Godin pithy read, this amounts to just over three pages). “I define ‘sheepwalking’ as the outcome of hiring people who have been raised to be obedient and giving them brain-dead jobs and enough fear to keep them in line,” he explains.

“Sheepwalking is the act of following instructions, swallowing the status quo, sleepwalking through your job and your life. That’s what so many of us are encouraged to do. But what happens in a rapidly changing world? What happens to the sheepwalkers?”

He says it’s ironic, but not terribly surprising, that, in this time of greater reliance on new ideas, change and innovation, sheepwalking is on the increase. “That’s because we no longer rely on machines to do the brain-dead stuff,” he says, explaining that everything that can be mechanised has already been mechanised.

“What’s left is to cost-reduce the manual labour that must be done by a human,” he continues. “So we write manuals and race to the bottom in our search for the cheapest-possible labour. And it’s not surprising that when we go to hire that labour, we search for people who have already been trained to be sheepish.”

It’s something that he believes to be a huge waste of resources. “If we live in a time of change – and we do – then how can following the status quo get you anywhere?”

Taking the initiative to lead obviously requires a significant amount of effort but, in the book, Godin says that the benefits get better, the work gets easier and results become clearer when you are leading tribes. I ask him if he has found that to be true for himself. “They are my prime motivation every day,” he responds. “I write for them, I work for them, they inspire me.

“There’s no doubt about it. Marketing is no longer an act of aggression, of interruption or of greed. My job is to help my tribe, to prod them and provoke them and connect them. That’s a very different sort of work. It’s a calling, not a pitch.”

Godin appears to be hugely passionate about a wide number of issues – both in and outside the marketing sphere – and about influencing positive change. I ask him if he’s always felt this way and how he remains patient with those who are less motivated than himself.

“I think everyone makes their own choices in life,” he says. “Sometimes, especially starting out, it’s easy to focus on that sale or this piece of collateral. I’ve been lucky enough to connect to a bigger arc, one that actually makes this sale or that piece of collateral easier to create and use successfully.

“I’ve worked hard at decreasing the impatience and increasing the passion. It’s tricky, but if you focus, you can do both.” While Godin is obviously a natural born leader, he’s convinced that everyone has the potential to lead once they make a conscious decision to do so and believe strongly enough in what they’re doing. “I’ve seen non-leaders become leaders when something matters to them,” he explains. “I’ve always felt like things mattered to me, so a natural consequence of that was leading. At the beginning, no one followed, but if it matters enough, you’ll keep at it.

“In some areas, I have always led. I started my first business at 14. In others though, it’s been a decision, not a natural consequence. More importantly, I think that every individual, in any country, from any walk of life, can make this choice. The successful leaders out there share only one trait: they lead.”

His advice to marketers who are currently worried about ensuring the survival of their companies and their brands is to shift the focus of their concerns. “You succeed when you worry about the tribe. Do that and everything else will work out. Stop trying to ensure the survival of your company and your brand. Start working for your tribe instead.”

Finally, I ask Godin whether he believes that the key messages from All Marketers Are Liars and Purple Cow are as relevant now as they were when the books were first published, or maybe even more so. “More! I’m delighted to say that every day they become more relevant. It’s pretty rare to have that happen, and I’m enjoying it. I wish I could write them again, because I’d write them the same way, but be certain that I was on to something.”