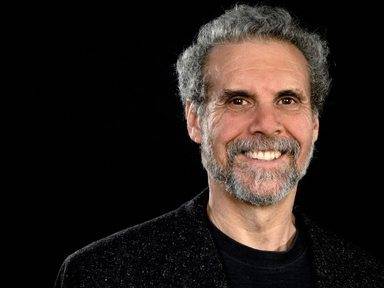 What Makes a Leader? Daniel Goleman Books, Focus: The Hidden Driver of Excellence

Psychologist and author Daniel Goleman, one of the world’s leading experts on emotional and social intelligence. As he publishes his latest collection of articles, he speaks to Ann O’Dea about many topics, including leadership in London.

Widely acknowledged as the man who brought the concept of emotional intelligence to the masses. Through his 1996 bestseller Emotional Intelligence – Why it can matter more than IQ, Daniel Goleman has just published Leadership: The Power of Emotional Intelligence.  The book collects together in one volume his ‘must-read’ articles from the Harvard Business Review and key excerpts from his books.

Goleman elaborates on his thoughts about emotional intelligence versus IQ. Does he believe the former more important than the latter?

“Well, to ask the question you have to say important for what?” Goleman begins. “Both are important, but they’re important in different ways. IQ, which is mostly the rate at which you acquire new cognitive information and understanding is essential for success in school, for mastering technical skills, for a broad range of applications.

“If you look at the literature, IQ is a powerful predictor of what kind of job you can get and hold. In other words, what’s the level of complexity that you can manage day-to-day. So to be a physician or to be a barrister or to be a high-level executive you need to have an IQ probably above average, and that’s a necessary skill. However, those only get you so far in the working world.

“IQ is not sufficient to predict, once you’re in that position, that you will emerge as an outstanding performer, as a leader. Unknown if you’ll emerge as a leader at all. So, when it comes to leadership, you’re dealing with a different skill set. You need to have self-mastery, you need to lead yourself as they say, and also you need to persuade, empathize, listen, communicate, elaborate, do all those things that require people skills. That’s the emotional intelligence domain.

“In other words, once you’re in a high-level situation, IQ matters less in distinguishing stars from average performers. It is the interpersonal skills that make the difference.

The Harvard Business Review chose his article ‘What Makes a Leader’ as one of the 10 ‘must-read’ articles from its pages. Republished in his new collection of works, Goleman takes us through the fundamentals of leadership.

“Well there are four domains of emotional intelligence, and that article marches us through each one,” he says. “The first is self-awareness, and self-awareness is an impressive set of abilities because first of all it’s invisible to people, it’s subtle, and it’s also highly underrated. Self-awareness is essential fo 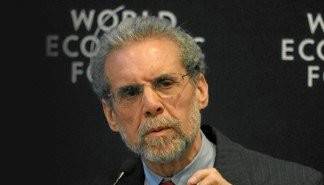 Daniel Goleman - What Makes a Leader

r the other three domains.

“The second is self-management, if you don’t know what’s going on inside yourself, you will be very poor at managing others. It’s about having the ability to control your own emotions, so they don’t block your ability to think well, to create, to innovate, to stay fixed on a goal and the drive to achieve. Those are self-management skills.

“Empathy is the third, and it again requires good self-awareness. There’s a lot of research even at the level of brain function that shows that people who are low in self-awareness are not able to attune to other people, not able to read them.

“And the fourth domain in emotional intelligence is social skills. This last is about managing relationships, and it involves the most apparent leadership skills – things like persuasion, influence, communication, elaboration, teamwork.

“So what you’re doing is putting together your ability to manage yourself, your ability to read the other person and know what to do and what to say next, to be skillful interpersonally – and those three all build from self-awareness.”

“My associates in the Hay Group have some authentic data now showing that leaders who are low in self-awareness typically fail to be able to develop strengths in these other domains,” he says.

Goleman points to the three types of compassion in the self-awareness domain. The first, he says is cognitive empathy. “This is about being able to understand how the other person thinks. Leaders who are good at this can express things in a way that impacts people, which reaches people effectively.

“There’s data, for example, from the Esade Business School in Spain that shows that managers who have that ability in cognitive empathy get better than expected performances from their reports. Interestingly, executives who have real cognitive understanding also do better in foreign postings because they’re able to ‘get’ the other culture and respond to people in a way that they can understand.”

The second kind of empathy is emotional empathy, says Goleman. “Emotional empathy is about feeling wit. This is an unconscious ability. It has to do with a brain system called mirror neurons that tune into the person we’re with and activate in our brain what they’re feeling, what they’re doing, what they’re intending. So we get a detailed sense of what’s going on with the other person. This is what creates chemistry, and you need that for any interaction.”

The third kind of empathy is an empathic concern, Goleman continues.  “This refers to the kind of leader who cares about you, who tunes into you, who will help you by creating a situation whereby you can be at your best. So, all three of those are very important for leaders.”

You cannot change your IQ, says Goleman, but the good news, he says, is that you can improve your emotional intelligence. “You can develop it, particularly when it comes to specific competencies that distinguish outstanding leaders. There is plenty of research on this. Emotional intelligence has to do with capacity, not a fixed capacity, and it tends to grow.

“I mean when we say someone is mature, what we’re talking about is their emotional intelligence, their self-mastery and how they relate to other people. There are many proven methodologies. Coaching, if done well, research has shown, will take an executive who’s at one level and move them to the next level. So, the good news is yes it can be enhanced.”

Not all management will see the value in developing emotional intelligence in its leaders and its teams, says Goleman. Some will fail to see the correlation between working and emotional intelligence. “Well, I think some executives struggle with the idea that enhancing soft skills will have hard results, but there’s lots of data now showing indeed more emotionally intelligent leaders get better business results.”

The Art of the Critique

Another area Goleman tackles in the new collection is the art of the review, and how good leaders get it just right. “It is all about realizing that this is a golden opportunity for you to help someone else get better, instead of just off the cuff giving them criticism, which has quite adverse effects on people.

“You can take a moment, pause, and give the person feedback saying, ‘When you did X it didn’t work well, and that was for Y reason.' That gets the person’s attention, and it’s beneficial if you can say exactly what they could have done that would have been better. An even more intelligent critique is to help them understand how they can get better, what they can do to practice, how you can help them get it right next time around. That’s a much better kind of use of that moment as a leader.”

Goleman also tackles in his book the area of how negative moods can impact business results. “There’s a new field in brain science, it’s called affective neuroscience, and it studies how emotions operate in the brain,” he begins.

“What they have discovered is that the emotional centers have powerful connections to the thinking centers, particularly the prefrontal cortex just behind the forehead, and they have found that strong negative emotions particularly, highjack this part of the brain, take it over and drive it, and they shrink its ability to function well.

“So negative moods shut down people’s ability to function well. The correlator, of course, is positive. Making people feel they can relax, that they’re safe, they can take risks and so on, opens up that capacity.  Good leaders know that, and they know that the primary job of leadership is to help people stay in the brain state, where they can work at their best.”

Goleman says good leaders know this, but I ask him to what extent emotional intelligence is now an accepted concept in management thinking, some twenty-five years after he published his bestseller Emotional Intelligence – Why it can matter more than IQ.

“I think the idea of emotional intelligence as a means has become quite widespread, although not among all,” he says. “I was talking to a 20-something who is working in a new media consultancy that specializes in spotting trends, helping companies understand where things are moving, particular patterns among young people. He said very matter of factly to me, ‘You know, if you don’t have real emotional intelligence we don’t want you on our team.' I think it’s more taken for granted among these younger leaders.

“However, it remains a harder sell I think among older generation leaders who are acculturated to a different style and model of leadership.  But I think the future gets this.”

What makes a leader and why emotional intelligence matters -

Effective Leaders - It is said that the most effective leaders not only in business but in every field share the same similar traits:

Sharing Their Vision - "Communication with those they are leading is key and they understand that without communication their effectiveness as a leader would be greatly diminished." - Jon Shugart Book Profits

Lead By Example - In the current landscape, most will ignore leaders who rely on words instead of deeds.

Demonstrate Integrity - Are they consistent in what they believe in, what they stand for, and do not break from outside influence or pressure.

Communicate Effectively - along with Sharing Their Vision, effective communication is paramount to a well-respected leader.

Making The Hard Decisions - "One of the biggest keys to a great leader is the ability to make tough decisions and doing so decisively. Often if the leader hesitates, they can cause great damage to the organization." - Luke Sample

Recognize Success - Not just success with the company, but with the individuals. It is said that work without recognition is a sure way to alienate the workforce.

Empower Others - No one can do it all themselves. Great leaders see the potential and talent in others and utilize that in order to allow them to thrive in the workplace and become respected in their position to take the company to a higher level.

Motivate and Inspire - While motivation should come from within, often getting that spark lit inside of someone is all that is needed to allow for greatness to be achieved.

Psychologist Daniel Goleman is recognized as one of the world’s leading experts on emotional and social intelligence. His book Emotional Intelligence – Why it can matter more than IQ, brought the concept to the masses back in 1996. It has sold more than five million copies and has been translated into 30 languages. With his book Primal Leadership (The New Leaders), he went on to define the emotional dimensions of great leadership, while his 2006 book, Social Intelligence, The New Science of Human Relationships delved further into the area of building committed, motivated organizations. His latest collection, Leadership: The Power of Emotional Intelligence, can be purchased at www.morethansound.net.

This article first appeared in the Irish Director magazine