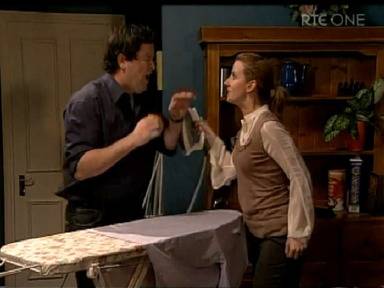 RTÉ Television delivered 48 out of the 50 most watched programmes on Irish television in the first six months of 2011.

Out of these a total of 44 of these were home-produced.

The Eurovision Song Contest, the General Election coverage, the visits by US President Barack Obama and Queen Elizabeth II, and comedy Mrs Brown’s Boysare the top television moments of the year to date.

Jedward’s performance at the Eurovision topped the list, with a whopping 1.18 million viewers on average tuning into the final, according to figures from AGB Nielsen Media Research.

The Frontline featuring the leaders’ debate on 14 February was the second most watched programme in the Top 50, with an average audience of 965,000. Prime Time’s three person leaders’ debate on 22 February attracted 807,000, while on 26 February RTÉ’s extensive election results coverage had an average of 684,000 viewers.

Irish home-produced drama was another winner with Fair City again ranked in the top 10, and the third series of Raw continuing to achieve high figures.

“The most-watched programmes are about historic moments in time, from Queen Elizabeth II at the Garden of Remembrance and the Aras, US President Obama at College Green, the 2011 election and Jedward doing us proud at Eurovision,” said Glen Killane, MD, RTÉ Television.

“That 44 out of these 48 RTÉ programmes are home-produced demonstrates the public’s appetite for quality home production. We look forward to announcing our line-up of new programming for the new season next week.”