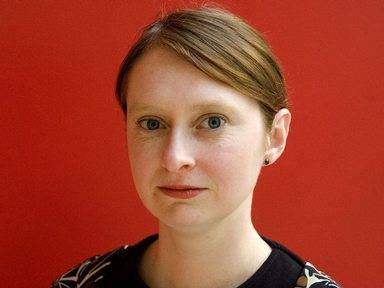 The vast majority of British smartphone users completely ignore ads in both apps and on the mobile internet, new research from YouGov reveals.

In the online survey of more than 2,000 smartphone owners, 79pc said they believe ads are intrusive while just 5pc said they think mobile ads are a good idea and welcome them. Some 88pc said they ignore ads in applications and 86pc have ignored placements on the mobile internet.

However, according to the survey, awareness of advertising on smartphones in the last three months is high. Apple iPhone users and O2 and 3 customers are most likely to have seen ads – 46pc of Apple users, 42pc of O2 customers and 40pc of 3 customers said they have received ad messages of some sort.

For smartphone users, basic banners remain the most recognised formats, with 87pc saying they see them while browsing the mobile internet, and 80pc having done so while using apps. When browsing, recommended links to search (63pc), rollover banners (51pc), and special offers (47pc), attract the most attention, the survey said.

Sponsored apps and games (45pc), recommendations linked to apps (44pc) and a full screen ad before an app is activated (38pc) are the next most recognised format by smartphone users while they’re actually using the apps.

According to YouGov, the most effective way to get messages to smartphone users is by embedding ads into applications, with 33pc of respondents recognising placements every time they use an app, and 19pc recalling ads on apps they use daily.

Along with advertising on apps, unsolicited text messaging is one of the main types of advertising or marketing that smartphone owners have remembered receiving in the past three months.

Sixty-four percent of Orange, 57pc of O2, 56pc of T-Mobile, 56pc of Vodafone and 33pc of 3 customers said they have received unsolicited texts from advertisers in the last three months.

Seventy-nine percent of users said they generally receive these messages less often than once a month.  When asked how they deal with them, 53pc said they ignore and delete the messages.

Active responses by smartphone users to ads remain very low, according to YouGov. The number of respondents saying they click on a link in an ad was 6pc from a text, 6pc from an email, 4pc from the mobile internet, 3pc from an app, and 2pc via an instant message.

Fewer users said they have bought a product or service as a result of advertising, with the figures as low as 3pc from a trusted text and 1pc from advertising on an app. However, 27pc of respondents agreed they would welcome more advertising if it offered money off deals or special offers and 21pc agreed that they do not mind ads as long as they are relevant to them.

“On the face of it, it looks very bleak indeed for mobile advertising with high consumer awareness, but equally high resentment, apathy and inaction,” said Adele Gritten, head of media consulting at YouGov. “But the research shows that mobile ads really can provide brands with an effective vehicle to engage directly with audiences and drive actions.

“Marketers need to harness the higher level of personal engagement that mobile users have with their handsets to provide them with something truly unique, relevant and interesting. In particular, money off deals and special offers will appeal to consumers. Ad treatments must be more relevant and personal, and advertisers have to stop hoping that spam volume alone will drive response rates.”