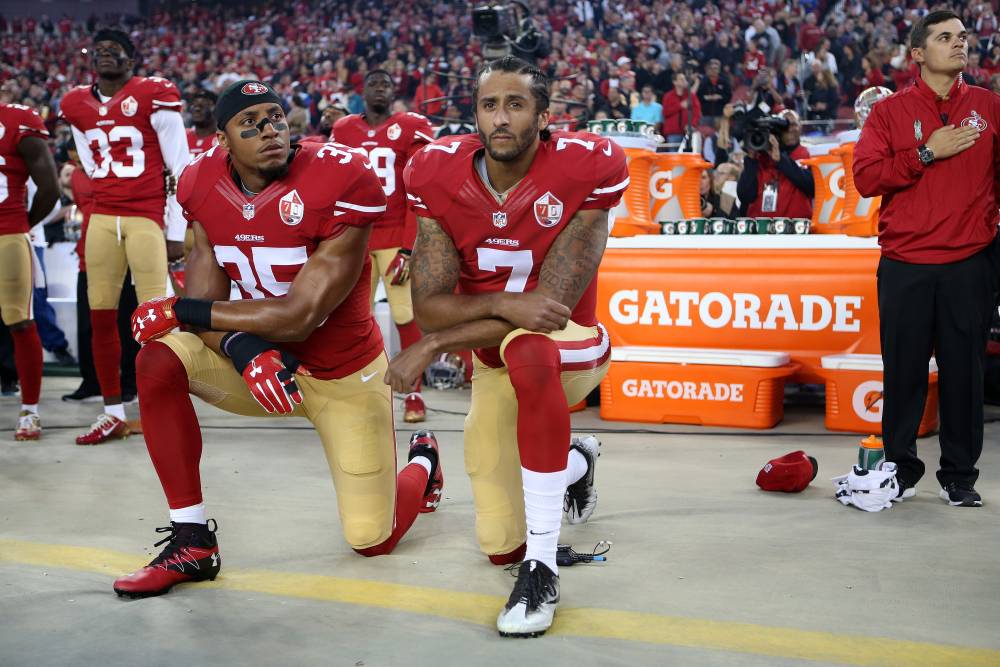 San Francisco 49ers Eric Reid (35) and Colin Kaepernick (7) take a knee during the National Anthem before their season opener against the Los Angeles Rams during an NFL football game Monday, Sept. 12, 2016, in Santa Clara, CA. The Niners won 28-0.

Our look at the American protests continuing in the game of football, which is not our brand of football, but while that does amuse us, nothing delights us quite like a staged protest paid for by the American taxpayers.

And that is precisely what happened yesterday. First, Mike Pence, the US Vice-President tweeted a picture of himself and his wife at the Indianapolis Colts game honoring QB Peyton Manning. The problem was, the image was one that was taken years earlier. In what was an apparent staged “protest” to the NFL players protest, Pence left the game before it even started. He explained his actions in a tweet: 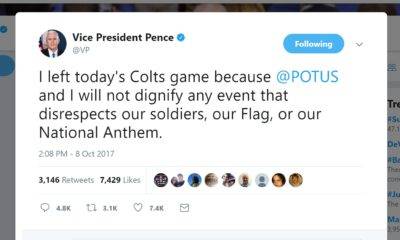 Was this an honest protest? To us, it looks like an expensive stunt with the American taxpayer footing the bill. Also, disrespecting the soldiers, the flag, and the National Anthem. They are kneeling in silent protest over the killing of blacks by police who are let off in the US Court system without punishment. It is clear the leadership of the United States does not even understand what the NFL players are protesting. This shows an apparent lack of leadership.

A tweet from President Trump clearly shows the “walk out” was planned from the start. 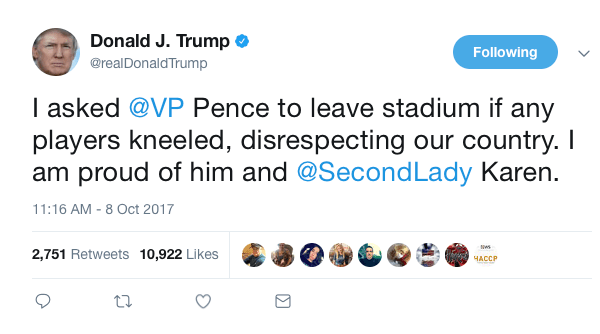 Was there any doubt players would not kneel during the game? Of course, they were. Their message has been VERY clear from the start, and authentic leadership could have ended this protest when it started by merely reviewing the footage of the shootings and ensuring justice was carried out. It is clear this was a stunt by the Presidency to undermine a peaceful protest of how a minority group is being treated in their country. And to make matters worse, the Presidency stuck the American people with the bill. 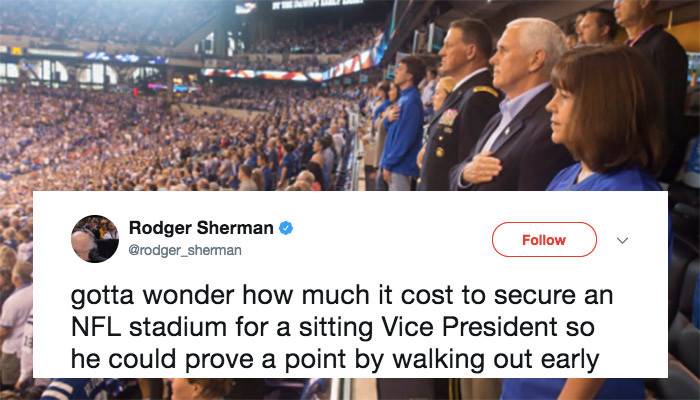 How much did the “protest stunt” by Mike Pence cost American taxpayers?

As retiring senator Bob Corker eloquently stated, “The White House has become an adult day care center.” Apparently pointing out the sheer lack of leadership coming from the White House at a time when America needs it most. The President’s list of enemies grows every day.