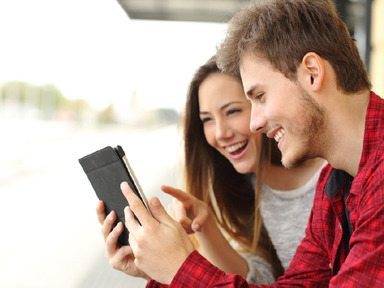 A ban on expiry dates in gift vouchers and new rights in services and online contracts are among the proposals of new consumer rights legislation being published today for a consultation.

According to Minister for Jobs, Enterprise and Innovation, Richard Bruton, the legislation represents the most far-reaching reform of consumer law in decades.

It is designed to make consumer rights clear to consumers and businesses by replacing the overlapping combination of primary, secondary and European legislation in place currently. It will also give consumers a range of new rights.

As well banning expiry dates for gift cards and vouchers, it includes statutory rights and remedies for consumers who download or stream games, music, videos, apps and other digital content.

There will also be improved rights for consumers purchasing services, including a right for the first time to have a substandard service remedied or refunded.

Elsewhere, a standard 30-day period for consumers to return faulty goods and get a full refund is proposed to replace the current “unclear and uncertain rules on this time period.”

It is proposed that consumers who receive goods as gifts will have the same rights as the purchasers.

Consumers will also have new information rights in transactions for healthcare, social services, and gambling, including price information for GP and other medical consultations.

Minister Bruton said the changes being proposed have two aims. “Firstly, to improve consumer rights in purchasing online goods and services, which apparently accounts for an increasing proportion of consumer transactions.

“And secondly to clear up the anomalies and gaps in consumer rights that have grown up through years of overlapping legislation at primary, secondary and European level. The existing law has too many rules in some areas and also few or none at all in other areas.

“For example, a consumer whose car breaks down because of a fault with the car currently has two separate sets of remedies that are neither consistent nor certain, while one whose car breaks down because it was serviced poorly has no clear, readily accessible remedy.  A consumer who buys a film on DVD enjoys the protection of consumer legislation, while one who streams or downloads the same film does not.”

The Minister is now urging businesses, consumers and other interested parties to respond to the consultation on the scheme of the proposed Consumer Rights Bill.

“While consumer legislation must first and foremost give effective protections to consumers, it has to do so in a balanced and workable way. This is not easily done because of the great number and diversity of consumer transactions. We want to hear how the proposed legislative provisions would affect the parties to consumer transactions across different sectors of the economy and will consider carefully all views submitted in response to the consultation.”

The consultation, which opens today, will close on Friday 28 August, with a view to enacting the new legislation by mid-2016.