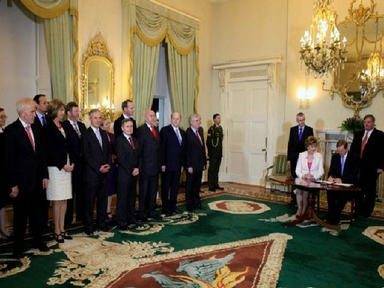 In what is one of his first acts in the top position, Enda Kenny has slashed his own pay by €14,000.

The new government has also decided to cut the pay of senior ministers.

In another cost-cutting measure, Kenny has asked the Garda, the Departments of Justice and Transport, as well as the Office of Public Works, to come up with a plan to reduce the amount spent on transporting ministers and their teams.

New Minister for Transport, Tourism and Sport Leo Varadkar also said this morning that fewer ministers would travel around the world for St Patrick’s Day celebrations.