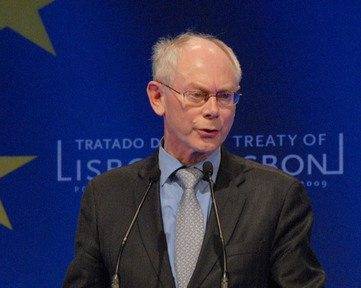 EU Council President Herman Van Rompuy said today that the eurozone is in a “survival crisis” but is confident the EU will overcome its debt issues.

He said EU members must work together to get through the crisis. He added that national interests could not come ahead of European interests.

The president’s comments come before the euro zone’s 16 finance ministers (Ecofin) meet this evening in Brussels where Ireland remains under pressure to accept funding support from the EU.

Much of this pressure is coming from the European Central Bank. The bank’s vice president Vitor Constancio said it was up to Ireland to ask for aid if it believed it would help to stabilise financial markets.

He added that if Ireland asks for financial aids, Portugal and Spain would be made follow suit.

Some support has been shown for Ireland with Finland stating it will back Lenihan’s plans at the meeting tonight, stating Ireland should not be forced to take bailout funding. It says the stability fund was not created to calm markets.