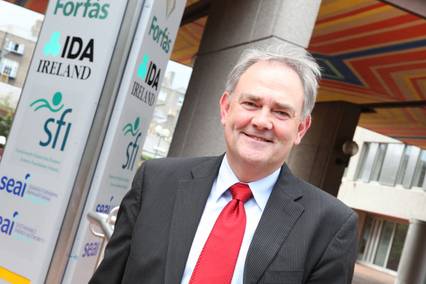 IDA Ireland’s Emmanuel Dowdall leads the team that has made Ireland the ‘internet capital of Europe’ via wins like Google, Facebook and Zynga.

There was a telling moment at the recent opening of Zynga’s flagship new operation in Dublin’s Ballsbridge, as the social gaming company’s chief operations officer (COO) Marcus Segal outlined his reasons for coming to Ireland. Zynga employs 55 people in the country and this could grow to beyond 100 in the coming months.

“The IDA proved invaluable in our efforts. They came to us early and often,” explained Segal. “They had already reached out to us, which was impressive, and despite others’ knocking on our door we hadn’t forgotten they had been there from the beginning and have been incredible partners.” 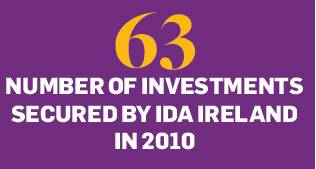 It wasn’t just the fact that these were the words of a prominent executive of a company less than four years old that is dominating the social gaming space, has 60m customers and is about to go for a $1.5bn IPO, but what was also interesting was its glimpse into the IDA modus operandi that has resulted in Ireland attracting more foreign direct investment (FDI) than the BRIC (Brazil, Russia, India and China) countries combined.

Its strategy is sublime – the IDA has been not only working its networks of executives around the world to keep on top of tech trends, industry shifts and people movements, but it also puts a lot of focus on identifying new start-ups in places like Silicon Valley. The IDA forges a relationship with these companies so they make Ireland their location of choice when they expand.

It’s striking to think that Apple – today just months from being the biggest company in the US – was only five years old when it opened its first overseas operations in Cork in 1983.

In recent years, the result of the IDA’s work has been major investments from some of the most exciting companies in the world, including Facebook, EA Games, LinkedIn, Gilt Groupe, Big Fish Games, Quest Software, Amgen, Accenture, Marketo and ZeniMax. These came alongside investments from existing companies based in Ireland, such as Dell, EMC, HP and Microsoft in the cloud computing area. In January, Intel announced a new $500m project. This glittering assemblage has earned Ireland the title ‘Internet Capital of Europe,’ with the one missing jewel at this point being Twitter, but we’ll get to that.

Guiding the digital end of things has been Emmanuel Dowdall, global department manager in charge of content, consumer and business services.

“One of the key attributes Ireland has had over a long period of time is its ability to change; it’s ability to anticipate the market and react,” says Dowdall.

“The talent that is here is first and foremost on people’s minds and you only have to look at the diversity of companies that have come to Ireland.

“And when they are looking to branch out, either as a company themselves or out of a particular market, Ireland is just seen as the perfect alternative.” 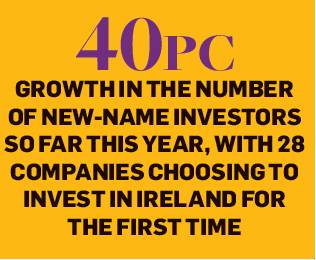 I mention to him my observation of what Segal said about the IDA. “We’re good at identifying industries that have the ability to grow rapidly,” says Dowdall.

He points to e-commerce firm Gilt Groupe, which is creating 200 jobs in Dublin and Limerick.

“We worked well with Gilt because we understood the way technology was impacting on society. We can recognise certain trends in the industry and see which areas exist in social networking, for example.

“We also work closely with partners in the industry, venture capitalists, and of course we have well-developed networks of people who have matured in the industry. We keep track of those people and work with them and, in some cases, based on their experiences in Ireland, they have come back around the loop to work with us a second, even third, time.”

One good example of this approach would be Facebook COO Sheryl Sandberg, whose experience of Dublin while growing Google’s global footprint encouraged her to opt for the city again when she was expanding Facebook.

Dowdall says it’s as important that the investment by any company works out well for Ireland as much as for that company.

“First, the business case has to make sense and you have to be able to get the talent. The second thing is you have to make certain that your product or service can be sold from Ireland, that the market is receptive to it.

“Our ability as an open economy clearly indicates that the education system and its ability to produce senior and middle management aligns itself with the locations of origin for these companies, whether it’s Europe or the US, is key.

“When they come to Ireland they can find the skill sets and an operating environment that’s supported and encouraged by Government policy and the infrastructure is there. So when you get all of that right and you have the operating costs factored in, we have a tremendous confluence of opportunity.” 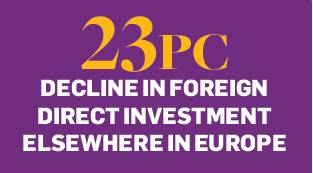 I put it to Dowdall, however, that skills availability is a concern for many companies in Ireland at present. Do we have the ability to produce skilled graduates who will take up the jobs?

“The companies that are here today are growing exceptionally fast. Within my own sector, for example, the growth that is being experienced, and in terms of actual jobs on the ground, is in the order of 8–10pc on an annualised basis.

“Team Ireland, when you talk about bringing together the educational infrastructure system, works. I can’t tell you the significance of having the dean of computer science from a particular university sit in a room with a key decision maker when reviewing Ireland’s suitability as a location for perhaps the analytics part of a project by Accenture or Dun & Bradstreet.

“We also have a very effective programme whereby we can support companies coming in from outside the EEA. If you want skills from a region or a Visa, the IDA can fast-track that process.”

“We are anticipating that this will have an impact in the economy of 220,000 new jobs in terms of economic benefit. The economic contribution of FDI today is significant. Today we’re responsible for 90pc of exports and 80pc of manufacturing – the importance of manufacturing to the economy should not be forgotten.” 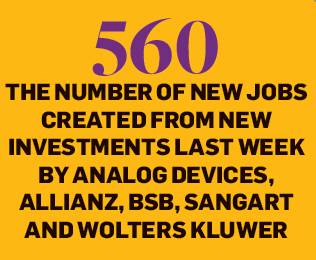 I conclude by asking Dowdall about the pipeline for the future, including a certain – ahem – Twitter. The social networking firm remains a prime target and despite the company recruiting ‘in-market’ positions in London, the glittering prize of Twitter’s international HQ is still in the IDA’s sights.

“I see a tremendous level of activity. I see people who are working extraordinary hours. Bear in mind the environment we’ve had globally. You might anticipate there would be something of a dip in the levels of international interest by FDI.

“That’s not the case, certainly not from Ireland’s perspective. We are managing to peak the interests of a great many companies across a very broad spectrum,” he affirms.

Photo: Eye on the prize: IDA Ireland’s head of content, consumer and business services Emmanuel Dowdall, who oversees the agency’s focus on digital – “I think one of the key attributes Ireland has had over a long period of time is its ability to change. Its ability to anticipate the market and react”