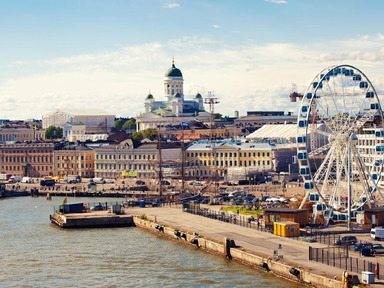 Finnair announced today that it is extending its new Dublin-Helsinki route into the winter season.

The airline’s new service between the two cities started this morning. Last September, Finnair announced the route, which it said at the time would operate six days a week from 30 March until the end of October. The route is being served with 100-seat Embraer 190 aircraft operated on behalf of Finnair by Flybe Finland.

Today, it said the service will operate three times a week from October to March.

“We are delighted to see Finnair extend its new Dublin-Helsinki route into the winter season. “The fact that Finnair is extending the service so quickly into the winter season shows the strong demand for this new route and the onward connections that it offers,” said Dublin Airport managing director Vincent Harrison. “We will continue to work closely with Finnair to promote this new service.”

In summer, flights depart at 09.50 on Monday, Wednesday, Friday and Sunday; and 18.05 on Thursday and Saturday. There are no scheduled services on Tuesdays. Total flight time between Dublin and Helsinki is less than three hours.