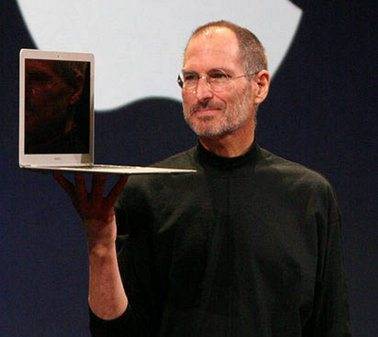 Steve Jobs Not Expected to Deliver Keynote at WWDC

A top list of Apple executives have been asked to speak at the annual Apple Worldwide Developers Conference (WWDC), but there’s a good chance there will be no sign of Steve Jobs, as he is still on sick leave.

Instead of Jobs, a top team of Apple executives led by Philip Schiller, Apple’s senior vice-president of worldwide product marketing, will deliver the much-anticipated keynote speech.

As expected, coming to this year’s WWDC, the hand-selected executives from Apple will be focusing on covering in-depth information on what Apple deems the most advanced mobile operating system (OS) in the world, the iPhone OS 3.0. They will also be covering the Mac OS X Snow Leopard, which has been described as an even more powerful and refined version of the Apple desktop operating system (OS) and is being tabbed as the foundation for future Mac innovation.

iPhone 3.0 Set To Be Showcased

It is also expected that the much-anticipated iPhone 3.0 will be unveiled live at the event and it is making the event one of the most anticipated of the year.

“A year ago last June, we made a strong decision and gave our world-renowned developers a sneak peek at our powerful new technologies that form the underpinnings of Mac OS X Snow Leopard,” said Bertrand Serlet, Apple’s senior vice-president of software engineering.

“At WWDC, we are honored that we will be giving our first-rate developers a final Developer Preview release, so they can see the incredible progress we’ve made on Snow Leopard and work with us as we move toward its final and epic release.”

Snow Leopard and Mac technical sessions will showcase hundreds of refinements to the OS and will get a little dirty and dive very deep into its new technologies, including QuickTime X, the 64-bit architecture,  next-generation multi-core and GPU processor support, and new accessibility technologies.

The overly anticipated iPhone OS 3.0 rich technical sessions are expected to cover introductory and advanced concepts to help developers get the most out of the iPhone OS 3.0 SDK and over 1,000 new APIs available for iPhone OS 3.0.