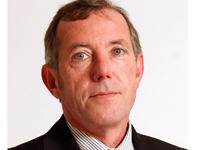 Espion has appointed Mark Carolan as a senior researcher in its R&D division.

According to the company, Carolan is one of Europe’s leading specialists in securing the technology that controls critical infrastructure.

He has more than 35 years’ experience in IT security at senior management and board level and has worked for organisations including Rolls Royce, Symantec and is a former managing director of Qualys UK.

He has a wealth of expertise in addressing vulnerabilities in industrial systems known as ‘supervisory control and data acquisition’ (SCADA). He has worked on and managed security projects around the world including advising Middle East oil, gas and energy companies as well as governments on cybersecurity.