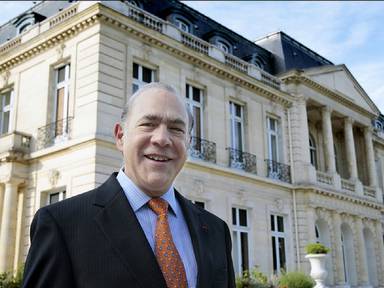 Removing inefficient subsidies for the production and consumption of fossil fuels – which are estimated to have cost over US$400bn last year – would raise national revenues and reduce greenhouse-gas emissions, according to OECD and International Energy Agency (IEA) data.

The two organisations said their data and analysis are actively following up on the G20 leaders’ commitment in 2009 to phase out subsidies that “encourage wasteful consumption, reduce our energy security, impede investment in clean energy sources and undermine efforts to deal with the threat of climate change”.

“Both developing and developed countries need to phase out inefficient fossil fuel subsidies,” said OECD secretary-general Angel Gurria. “As they look for policy responses to the worst economic crisis of our lifetimes, phasing out subsidies is an obvious way to help governments meet their economic, environmental and social goals.

“For this to succeed, we need well-targeted, transparent and time-bound programmes to assist poor households and energy workers who might be adversely affected in the short-term. OECD and IEA data and analysis can help guide the process. ”

“In a period of persistently high energy prices, subsidies represent a significant economic liability,” said van der Hoeven, noting IEA estimates that subsidies that artificially reduce the price of fossil-fuels amounted to US$409bn in 2010, almost US$110bn higher than in 2009.

To assist governments’ understanding of the nature and scale of their policies supporting fossil fuels, the OECD has compiled an Inventory of Estimated Budgetary Support and Tax Expenditures For Fossil Fuels. With detailed information of over 250 mechanisms that support fossil fuel production and use in OECD countries, the inventory will be updated regularly and expanded over time to cover more countries and more support mechanisms.

Covering 24 countries, which account for about 95pc of OECD’s total primary energy supply, and including Ireland, the inventory shows that 54pc of this support was for petroleum. Overall, the support to fossil-fuel production and consumption in OECD countries was US$45 – 75bn annually during the 2005 – 2010 period. The inventory furthers transparency and accountability, providing estimates that will help governments and stakeholders assess these policies as they look at ways to reform subsidies.

Work by the IEA, to be published in the World Energy Outlook 2011 on November 9, demonstrates that phasing out subsidies to fossil fuels, if well-executed, can generate important economic, energy security and environmental benefits.

Fortunately there are some signs of progress: nearly half of the countries identified by the IEA as artificially lowering the price of energy to below the full cost of supply have taken steps since the since the beginning of 2010 to rationalise energy prices.

“While this is an encouraging start, much work remains to be done in order to realise the full extent of benefits. It is crucial that countries follow through on their commitments by implementing reforms that are well-designed and durable”, said van der Hoeven.