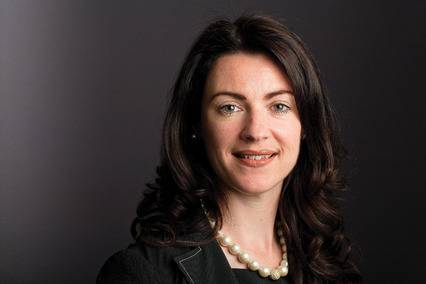 The regulatory environment is a key consideration for investors in green assets. Ann O’Dea speaks to Valerie Lawlor, partner at McCann FitzGerald, about the challenges for Ireland

Valerie Lawlor is a partner at McCann FitzGerald, with a long track record in the energy sector, advising significant energy industry players on energy market projects, transactions and regulatory issues. She too believes the so-called green economy can indeed present opportunities for economic renewal and growth.

“The Government has identified six separate areas of the economy in which they see opportunities for both job creation and economic revival generally, which include areas such as building efficiency and the national retrofit scheme that’s being brought on board; water – we’re all aware that we’re going to be facing into water metering by 2014; waste management; waste recycling and the Green IFSC.

“Each separate area of itself, in order to implement Government plans and to spend Government funds that have been set aside for that purpose, will give rise to growth opportunities and to job creation opportunities.”

She believes that Ireland can become a net exporter of renewable energy. “We have a very windy country,” she smiles. “I think as anyone who went to school in Ireland in the 1970s will recollect, we were all taught Ireland has no natural resources and this has transpired to be quite untrue, and our single most significant natural resource is wind.

“But certainly there isn’t any limit to what we can do from a resource perspective, the only limits are physical and again the grid, the planning and all of the issues associated with the production of wind onshore are equally potentially limits to the degree to which we can actually export that production.”

Ireland is in the unusual position of already having a converged market in wholesale electricity across the island. The project began with a joint policy decision by the Minister for Enterprise, Trade and Investment in Northern Ireland and the Minister for Communications, Marine and Natural Resources in the Republic, to create the all-island energy market. The Single Electricity Market (SEM) went live in November 2007, commencing the trading of wholesale electricity in Ireland and Northern Ireland on an all-island basis.

“I think it’s fair to say the SEM has been a significant enough success,” says Lawlor. “It has created a wholesale pool for all electricity produced onshore in Ireland. It is a mandatory pool – if you are producing more than 10 megawatts of electricity then you must sell all of that electricity into a pool. And on the supply side you must purchase all of your electricity out of that pool.

“From a legal perspective it’s actually unique because it’s cross-jurisdictional so this is the only example that we have of an industry structure that is developed, operated and implemented legally on an all-island basis and not on a jurisdictional basis.

While overall it has worked well, there have been challenges, she says. “It gives a degree of transparency but there have been some concerns around the liquidity of the market, and plainly there is still a market dominance issue associated with the fact that ESB is the single largest generator. Certain market mitigation strategies have been implemented to try and address that, such as the mandatory auctions of power that ESB has been obliged to participate in, but that’s an ongoing issue with regard to the market.

“It’s interesting though that those issues aren’t particularly different to those that are faced in other markets, like the UK for example, where again liquidity is an issue that is of ongoing concern to all market participants. It’s a very different market structure and market design in the UK to that which we have in Ireland, but that issue as to how we might converge would be a challenge that I think both industry operators will have to address shortly.”

In March of this year, the Agency for the Co-operation of Energy Regulators (ACER) officially opened its offices in Ljubljana, Slovenia, with the mission of playing “a key role in the integration of the EU’s markets in electricity and natural gas, providing a framework at EU level for national regulators to co-operate and providing greater clarity and regulatory certainty”.

“It’s clear that in the last period, at an EU level there have been greater moves towards establishing a body like ACER,” says Lawlor. “I don’t think that we’re ever going to have a single energy regulator in Europe – the treaties don’t provide for that type of structure – but a body which is the regulators’ regulator, an entity that will give opinions with regard to market activities and market arrangements in each of the member states, is a body that is going to have an increasing importance going forward – in the same way that we are seeing greater and greater weight being given to opinions being issued from the Commission generally on member state legislative activity and implementation.”

Lawlor explains that one of the key things ACER will look at is network codes, and interconnection between member states, how issues such as congestion on interconnectors and market design are going to work to support the ambition to have a single liquid wholesale market for electricity within Europe.

Indeed, on 4 February, the European Council held its first energy meeting in Brussels, where it called for greater efforts to modernise and expand the EU’s energy infrastructure, and to connect member state networks. The meeting concluded that the EU should have a single gas and electricity market by 2014.

“Once the interconnector is there and running, and is properly two-way, then I think the ability of Ireland to really engage at a European level, in a way that ACER would hope that all market players will participate, will be realisable.”

The Renewable Energy Feed In Tariff (REFIT) was announced in May 2006, a Government-led initiative to support investment in onshore wind, and Lawlor says it has been a huge success, with several extensions to the scheme since.

“In order to meet that gap, in order to incentivise investment there has to be a subvention of some form, so the way REFIT works, the generator – the owner or operator of a wind farm – will enter into a 15-year power-purchase agreement with the supplier, and that 15-year PPA sees the supplier given a Government subvention. That meets the gap for that buyer of the electricity between what it would otherwise pay for fossil fuel-generated electricity and what it’s now paying for renewably-generated electricity.

“And that gap, that amount of REFIT money, is made up of a number of different elements – there’s an administrative cost, there’s an opportunity cost, and there’s a technology cost, because the way in which REFIT works is it gives a different price depending on the technology being used.

“So it’s a much more flexible tool than other examples of subvention that might be cruder, that might not look to the different technologies and therefore support the investment in the correct way.”

Since its introduction in 2006, REFIT has been extended to a greater volume of electricity, and also to include within its scheme different technology types including marine sources, offshore and tidal technologies – and in its most recent iteration in May 2010, it was announced there would be a separate REFIT scheme for electricity produced from biomass feedstock. But there are still challenges.

“The original REFIT took about three years to implement, the consequence of delays arising from the European Commission dialogue, and the biomass scheme announced a year ago is still awaiting approval. Once the approval comes back there will need to be a statutory instrument implementing the scheme, and then the scheme itself will have to be operated, so there are significant enough delays in the implementation of these.

When it comes to financing renewables projects, Lawlor says the investment environment has been pretty robust for green assets in Ireland. “In the last couple of years we have seen that green assets have been quite recession resistant, and there have been very significant acquisitions and disposals of renewable portfolios, particularly in Ireland, for good prices.

“It’s a very positive investment environment,” she continues. “The only real risks for an investor are regulatory risks, that a scheme such as REFIT would either be withdrawn or delayed or would be poorly administered in some way, or sovereign risk, ie that the entity backing the REFIT scheme – Ireland in this instance – would itself not be able to perform its obligations.

“But those regulatory risks in Ireland are manageable. We have robust regulation, we have confidence in our regulator, the SEM has been a huge success, the rollout of wind has been successful. When challenges have arisen, we have been able to respond to what’s happened in the industry in a manner that has given assurance to investors that the usual regulatory risks that are associated with buying assets of this type are manageable.

“So I think it’s a good investment environment and in parallel with the kind of M&A activity that we’ve seen in the sector, we’ve also seen funds such as the ESB Novus Modus Fund be established for investment in second stage, particularly technology-led companies, we’ve seen Bank of Ireland set up a green investment fund, we’ve seen very clear signals be given to investors that this is a country that values investment in this space.”

This article first appeared in The Green Economy: An Irish Director Report, published to coincide with The Green Economy briefing on May 31, 2011. For video highlights and conference reports click here.