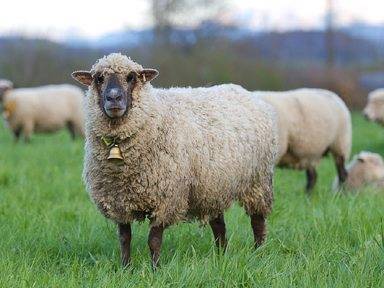 We used to count the cranes on the skyline to tell us how the economy was doing. Not anymore. Ireland’s domestic economy – especially consumer spending – has been hit hard by the recession, with only glimpses of improvement in a few sectors and regions. There aren’t any cranes, and so we need a better guide to our economic fortunes. The recent IAPI Industry Census 2013 is such a guide.

Advertising agencies are now the bellwether for the domestic economy. Their fortunes reflect those of their clients – advertisers who are mostly targeting Irish consumers – and tell us a great deal about their current realities and future ambitions. Someone once described advertising as ‘selling at a distance,’ by which they meant its purpose is to prime consumers to choose your brand at another time, in another place. Or to put it more prosaically, you advertise to someone watching TV or listening to the radio so that they’ll buy your product next time they’re in the shop.

The performance of advertising agencies, therefore, tells us a lot about the ambitions and intentions of their clients. When clients are optimistic about the future, then they’ll spend more on advertising – selling at a distance – because they see opportunities to grow sales on the back of increased consumer spending and/or a higher market share.

So how are Ireland’s advertising agencies doing? It’s a mixed picture – a lot like that for the economy as a whole – with both positive and negative trends in evidence. The answers from 37 agencies in July 2013 (88pc of all IAPI members) point to a somewhat contradictory view of the future. On the one hand, for every agency expecting the industry as a whole to grow this year, more than two agencies expect it to contract. On the other hand, six in 10 agencies expect their own agency to grow this year; fewer than one in 10 expects their agency to contract.

We have seen similar findings in other business sectors. Business people are optimists by nature, especially about the things they can control – specifically the performance of their own businesses. After more than five years of recession, business people (not just those running advertising agencies) are more cautious, pessimistic even, about the broader outlook. That’s something they don’t have any control over.

All of which suggests that the most likely outturn for 2013 will be something in between for the ad industry – ie flat overall, with the proper performers ‘compensating’ for the bad performers. Again, pretty well in line with the expected performance of the domestic economy this year.

But Ireland’s agencies are not simply waiting to see what happens. The IAPI Industry Census 2013 points to a number of dynamic shifts taking place in the industry, including:
–    A net increase in job creation in the industry in the past year, and similarly for 2013 as a whole
–    A rising share of women in ad agencies, though off a low base in specific job categories
–    The rise of media agencies, in particular, now substantially more significant than their creative agency counterparts, and
–    Continued pressure from client procurement practices, globalization trends, and digital/data demands.

Looking to the future, the fact that the majority of agencies expect to hire this year – offering full-time, graduate-level jobs – is a sure sign that optimism is returning to the sector. Assuming this reflects the more positive ambitions of their recovery-focused clients, and then the prospects for the advertising industry bode well for our economic opportunities in the years ahead.