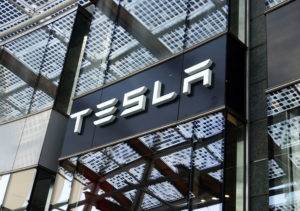 Tesla is burning through cash at an alarming rate. Their stock took a dive of nearly 8% today as it was announced yesterday that the car company has burned through $785M in just three months time. To make matters worse, Musk delivered an earnings call which can best be described as bizarre. He cut off analysts as they attempted to ask questions by calling them “boring.”

And to add even more bizarreness to the earnings call, Musk preferred having an open conversation with a young YouTuber, which some joked had a mere 50 shares of stock and was nothing but an amateur. Grumbings in the press was that Musk has seemed to have “lost it.” By focusing on the YouTuber, Musk ignored the important questions that major stock holders wanted answers to.

It is clear that the ignored stock holders are giving Musk a taste of his own medicine with a huge sell off causing the stock to plunge. Word on the street is Musk needs to get into “money raising mode” to the tune of $2B USD. That is no small accomplishment, and with the stock sagging, it will make working the phones even more difficult.

Musk has stated in the past that he would not be raising any money in 2018, but he may have to eat his words and go door-to-door with hat in hand to keep his company afloat. Musk’s team can’t seem to make a 100+ year practice work: making cars. They can sell them, but their production problems are eating away at their margins, and causing massive losses and burn rate.

Experts are now questioning Musk’s leadership and rumors are swirling that Musk should step down and focus on production. With Musk mistreating the media and going off the rails, comparisons to Trump are beginning to emerge.

If Tesla doesn’t make a rebound tomorrow, Musk may have the squeeze put on him by investors.