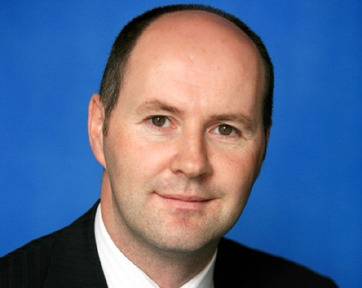 Outgoing BIM CEO to head up €35m project in Killibegs

Outgoing CEO of Bord Iascaigh Mhara Jason Whooley is to head up Bio-marine Ingredients Ireland (BII) in Killybegs, Co Donegal from next September.

BII is a €35m project which will result in the creation of up to 50 jobs during the construction phase and a further 70 direct and indirect jobs when it intends to go into full production in 2016.

It was formed as a result of a joint venture between the Killybegs Fishermen’s Organisation and Norwegian pharmaceutical and marine biotech experts Biomarine Science Technology.

“With somebody of the vision and commitment of Jason Whooley at the helm we are well positioned to take advantage of the new high-value opportunities which exist for seafood and the increased demand for foodstuffs high in healthy content.

“Jason has been responsible for significant changes in BIM in his seven years as CEO and has made a valuable contribution to the development of the Irish seafood sector.”

Whooley has extensive knowledge of the fishing industry having spent over a decade as CEO of the Irish South and West Fish Producers Organisation.

He currently serves as a member of the High Level Implementation Committee for Food Harvest 2020.