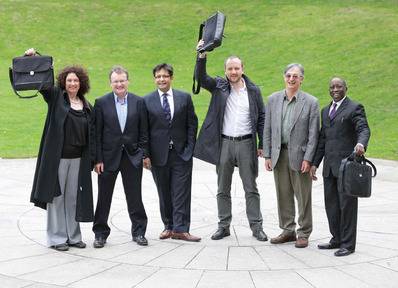 Ireland’s immigrants and expats offer a viable means of expanding merchandise and service exports from the SME sector, which usually underperforms big business in international trade, a seminar heard today.

This was a view put across by Professor Ivan Light, an international expert on migration and enterprise, who believes Ireland is uniquely placed to benefit from migrant entrepreneurship.

The seminar, co-hosted by the Immigrant Council of Ireland, focused on the economic contribution made by migrant entrepreneurs; the level of entrepreneurship amongst Ireland’s migrant communities; and the job creation impact of enterprises founded by migrants.

A professor of sociology at the University of California, Professor Light has researched and written extensively on migrant enterprise since the early 1970s.

“Other English-speaking countries have immigrants, but what’s key is that Ireland also has large number of expatriates elsewhere in the world.  Both are important resources for exporting,” he said.

“Historically, migrants have been key agents of enterprise, both for the countries from which they come and the countries to which they move.  They are well endowed to do the work of linking and integrating economies.

“Quite often, they are bi- or multi-lingual; they develop strong understandings of multiple cultures and business environments; they have international networks; and they can perceive business opportunities that might not be obvious to those not coming from migrant backgrounds.”

A number of migrants who have founded SMEs in Ireland were present at the event, such as Daudi Kutta, originally from Uganda. He began his career as a software developer and client support specialist, managing IT projects in Africa, Asia and America.  He had played soccer both in college and professionally and, when he moved to Ireland, his fascination with hurling inspired him to develop a multi-purpose sports utility bag and to found his company, Saza Sport.

“In cities such as Amsterdam, Strasbourg and Vienna, migrant enterprises now comprise over 40pc of all businesses.  In the likes of Copenhagen, Frankfurt and Zurich, that figure is around 20pc,” said Denise Charlton, chief executive of the Immigrant Council of Ireland.

“Migrant entrepreneurship is at a more nascent stage in Ireland, because high levels of immigration are a relatively new phenomenon here.  However, it’s clear that, if we foster the entrepreneurial spirit of our migrant population, and capitalise on their linguistic skills and international outlooks, there is a real opportunity to boost the Irish economy.”