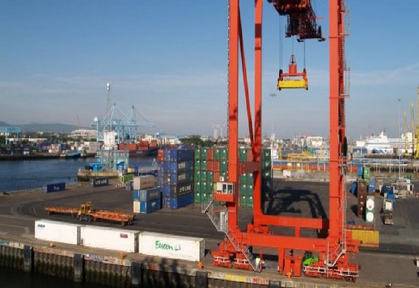 Ireland’s quarterly national accounts show that both GDP and GNP rose compared with the previous quarter.

At an annual rate, GDP increased by 2pc, while GNP was up by 4.5pc.

However, compared with the 2009 third quarter, GDP decreased by 0.5pc, while GNP fell by 1.6pc. Commenting, Minister for Finance Brian Lenihan said this year-on-year growth will turn positive during the final quarter or early in the new year.

He attributed the growth in the economy to the “very strong” performance of the export sector.

“Today’s figures show that the economy has stabilised and is now on an export-led growth path. The budget day forecast for economic growth of 1.7pc in 2011, which is in line with the consensus forecast, remains on track,” he said.

Exports have increased at an annual rate of more than 13pc. This is the strongest rate of growth since 2001.

Lenihan stated that the performance has occurred in both the goods and services sectors.

There is a noted difference between certain aspects of economic activity. Personal consumption is in lines with expectations but investment remains weak, reflecting falling housing output.

Annual declines in GDP and GNP arose mainly as a result of the declines experienced in most sectors. The growth in agriculture and industry was not enough to offset the declines.

Industry grew by 1.4pc in the quarter, despite the 8.2pc decline in building and construction.

The services sector contracted by 1.6pc, while the transport and communication sector shrank by 2.5pc.

Increased outward profit flows and interest payments on Government debt were more than offset by quarterly increases in direct investment income earned by Irish-based PLCs. The profits earned by these international groups with headquarters in Ireland had a major influence on this latter increase.