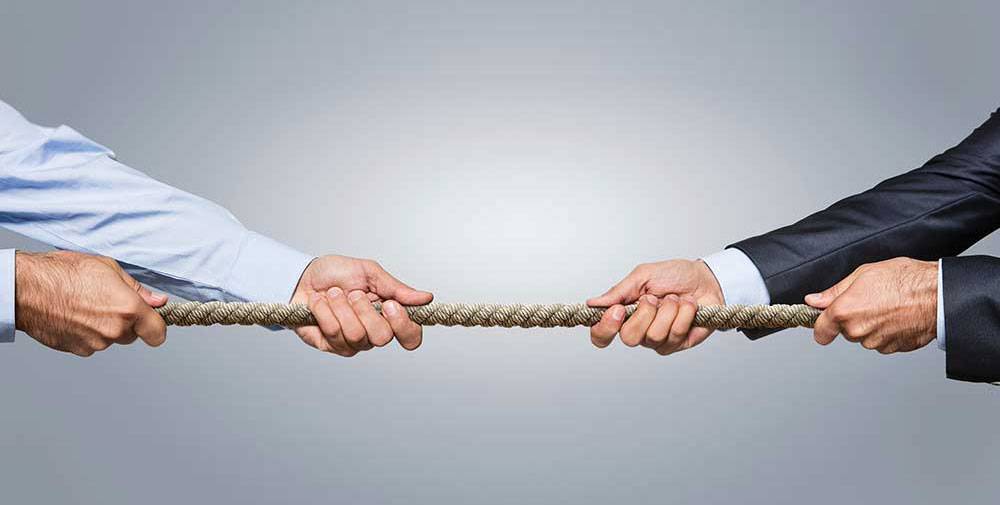 Everyone negotiates at some level every day. You negotiate with your spouse about where to go for dinner or what movie to see, with your boss about salary.

Yet standard negotiation strategies often leave people dissatisfied, worn out and alienated. A better way to deal with differences is called “principled negotiation.” How it works:

Frequently, negotiators talk, but not to each other. Instead, they talk merely to impress third parties or their own constituency.

Example: Following World War II, negotiations over the city of Trieste involving large delegations from Yugoslavia, Britain and the US stalled until representatives abandoned their large delegations and began meeting alone and informally in a private house.

Remedy: Listen actively and acknowledge what is said.

Helpful: Pay careful attention and occasionally interrupt to say, “Did I understand correctly that you were saying that…” This tells the other side you’re not just killing time.

Speak to be understood.

You or your opponent may not be hearing what the other is saying. Perhaps you forget to listen because you’re so busy thinking about what he/she is going to say next or preparing your response.

Remedy: Treat your opponent as a fellow judge with whom you’re attempting to work out a joint position. Instead of placing blame, engaging in name-calling or raising your voice, try to move forward as a team challenged with a joint problem.

Your position is something you decided upon. Your interests are what caused you to choose. Interests motivate people—they are the silent movers behind the hubbub of positions. To determine interests, ask what it is that you really care about, hope for, need, want and fear. Consider your opponent’s interests, too.

Example: Before 1978, Egypt and Israel’s positions concerning the Sinai Peninsula seemed intractable. Israel insisted on retaining some of the lands to ensure its security, yet Egypt wanted it all and wouldn’t compromise an inch. At Camp David, Israel agreed to a plan that would cede complete sovereignty to Egypt, yet decided that a significant portion of the area was to be demilitarized. The Egyptian flag would fly over the peninsula, but Egyptian tanks would be nowhere near Israel. Looking to their interests—instead of their positions—made a solution possible.

Don’t let “people problems” get in the way.

Helpful: Disentangle substantive issues (terms, conditions, prices, dates, etc.) from relationship issues (personal annoyances and frustrations, ease of communication, trust and reliability, a degree of mutual understanding, etc.). Distinguish how you treat your opponents from how they treat you. There’s no need to “teach them a lesson.” Always deal rationally with irrational behavior.

Often, there seems to be no way to split the pie that leaves both parties satisfied.

Remedy: Expand the pie before dividing it.

Helpful: Without either side making a demand, commitment or concession, hold a brainstorming session to develop new possibilities for reconciling your differing interests. The critical ground rule during these sessions is not to criticize or otherwise evaluate these proposals. Allowing ideas to flow unimpeded may help percolate more ideas.

Whenever possible, commit yourself to reaching a solution based on principle, not pressure.

Example: You’re building a house, and the contractor suggests a reinforced concrete foundation that’s two feet deep. You think five feet is closer to the usual depth for your type of house. Instead of agreeing because the contractor made concessions on other matters, you should instead insist the issue be decided based on objective safety standards. How deep are the foundations of other buildings in the area? What is the earthquake risk? What do local building codes require?

Develop your best alternative to a negotiated agreement.

This is the standard against which any proposal must be measured. It will protect you both from accepting terms that are too unfavorable and rejecting those in your best interest to accept.

Example: In selling your house, instead of setting a minimum price you’ll accept, determine what you’ll do if it’s not sold by a certain date. Will you keep it on the market indefinitely, rent it, let someone live in it rent free? Which of these alternatives is the most attractive? And is it a better option than the best offer you’ve received on the house?

There’s not one best process for moving from inventing options to making commitments, but here are some general principles worth considering.

Think about closure from the beginning.

This will help you figure out what issues need to be dealt with and what it might take to resolve them.

Consider crafting a framework agreement. This is a draft document with blank spaces for each term to be resolved by negotiation. Working from such a framework will help ensure that important issues are not overlooked during negotiation.

Example: When a proposal is challenged, don’t defend the proposal. Rather, explain again your underlying interests. Ask the other side to suggest a better way to meet those interests, as well as its own.

Once an issue or group of issues is well explored, be prepared to make an offer.

Example: “I’ll agree to a June 30 closing if the down payment isn’t more than $50,000.” Such an offer shouldn’t come as a surprise to the other party, nor should it be presented as a “take it or leave it” offer. But neither should it be seen as an opening position. Instead, it should be something that makes sense for both sides— something that satisfies the interests of both sides.

Be generous at the end.

Consider giving the other side something you know to be of value to them that’s still consistent with the basic logic of your proposal. Be clear that this is your final gesture, so you don’t raise expectations of further concessions.

Reason: You want the other side to leave the table feeling satisfied and fairly treated. This can pay off handsomely in the implementation of the agreement and in future negotiations.

Roger Fisher, Esq., director, Harvard Negotiation Project, Harvard Law School, Cambridge, MA. He is the co-author of the classic Getting to Yes: Negotiating Agreement Without Giving In.