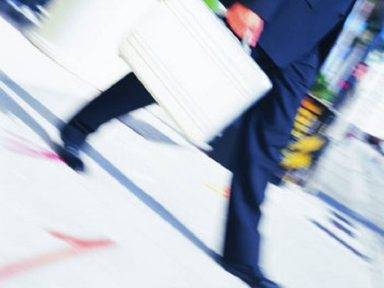 Bribery and corruption has risen since the downturn — E&Y

There has been an increase in bribery and corrupt practices since the economic downturn, according to 28pc of Irish respondents on Ernst & Young’s 2012 Global Fraud Survey.

This compares to 16pc in Western Europe as a whole. Over 1,700 executives across 43 countries, including CFOs, heads of legal and internal audit participated in the survey for their views of fraud, bribery and corruption.

The survey reveals that over 20pc of Irish respondents believe that bribery occurs widely in Ireland, compared to one third of global respondents.

Bribery is perceived to be significantly higher in the rapid-growth markets such as Brazil (84pc), Indonesia (72pc) and Turkey (52pc).

“Advances have been made by Irish companies in establishing frameworks and fraud related policies and procedures,” said Julie Fenton, partner and head of Ernst & Young’s Fraud Investigation & Disputes Services practice in Ireland.

“In 2011, 60pc of respondents believed senior management strongly communicated its commitment to anti-bribery and corruption policies, this figure increased to 80pc in 2012. However, there is still work to be done by companies in being seen to follow through on the tone from the top.”

Fifty-six percent of Western European respondents believe that people are penalised for breaching their company’s internal policies. But, only 28pc of Ireland respondents consider this the case.

The survey reveals that 4pc (down 12pc in 2011) of Irish respondents are willing to make cash payments to win or retain business; indicating Ireland has experienced a marked improvement.

“These statistics highlight the need for Irish companies to educate and define what acceptable and unacceptable practices are and consider the consequences for breaching policies, procedures and laws.  In light of the proposed new legislation this need is imminent,” said Fenton.