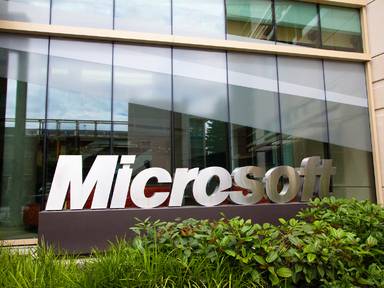 Microsoft said today that it will invest another US$130m in expanding its Dublin data centre.

The company originally spent US$500m on centre, which has been in operation since July 2009 and provides computing capacity to customers across Europe, the Middle East and Africa.

Once complete, the expanded facility will employ a further 50 to 70 people. Around 400 jobs will be created during the construction phase over the next 12 months.

“This investment shows where we are placing our bets for the future,” said Peter Klein, Microsoft’s chief financial officer, in Dublin today. “As customers embrace Microsoft cloud services such as Office 365, Windows Live, Xbox Live, Bing and the Windows Azure platform, we are investing in regional cloud infrastructure to meet their needs.”

Klein said the expanded facility will be 50pc more efficient than traditional data centres, and will use renewable wind energy when available.

He also thanked the Government and its agencies – particularly the IDA – for its continued support for Microsoft as it grows and invests here.

“This capital investment further deepens our roots in Ireland and strengthens Microsoft’s ability to provide governments and businesses throughout the region with a growing range of impactful cloud services,” said Paul Rellis, managing director, Microsoft Ireland.   “We are delighted to continue to play our part to support the government in its objectives to return the country to a period of growth and prosperity.”

Microsoft has turned up the dial on efficiency in power optimisation of the entire infrastructure of our data centres, enabling us to reduce our carbon footprint and minimize waste,” said Christian Belady, GM of Data Center Services, Microsoft. “This expansion will add a 112,000 square foot Generation 4 facility and create approximately 400 construction jobs over the next 12 months. Once complete, we will employ approximately 50 to 70 people to manage the needs of both the existing and expanded facility.”

The data centre makes extensive use of outside air economisation to cool the facility year round, resulting in greater power efficiency and an annual Power Usage Effectiveness (PUE) average of 1.25 across the entire facility during peak usage hours. Microsoft said the centre will be 50pc more efficient than traditionally built facilities and will use just 1pc of the water used by other similarly sized data centres in the industry.