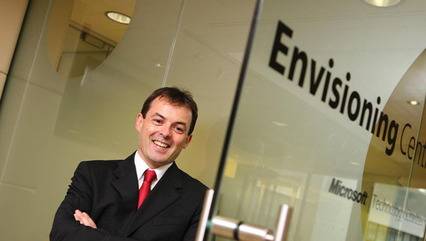 Eighteen of the top 25 World’s Best Multinational Workplaces revealed last night by the Great Place to Work Institute have significant operations in Ireland.

Winner of the Best Place to Work in Ireland for the past three years, Microsoft, was named the number one global workplace at ceremony at the New York Stock Exchange last night.  Microsoft employs 1,000 people here.

“We’ve always believed that a great place to work is as relevant in an economic downturn as it is when times are good.  There’s a common misconception that focusing on this area is a nice to have rather than a critical element of what makes a company successful.  Our view is that a great workplace is a business imperative,” said  Paul Rellis, managing director, Microsoft Ireland.

Google, FedEx Express, McDonald’s, Marriott and Cisco are all in the ten globally and also have significant operations in Ireland.

The World’s Best Multinational Workplaces List is the first integrated look at survey data from employees and managers from thousands of companies across six continents, making it the world’s largest annual study of workplace excellence, according to the Great Place to Work Institute.

It is based on data taken by more than 2.5 million employees, representing a 10-million strong workforce and workplace culture analytics from more than 5,500 companies.

CEO of Great Place to Work Ireland John Ryan said that the results of this study help position Ireland as centre stage among the world’s best workplaces.

“For Ireland to be home to operations of 18 of the top 25 world’s best places to work is really significant.  This acts as a magnet to organisations considering locating to Europe and importantly it assists Ireland-based organisations in attracting projects and investment from their global headquarters.”