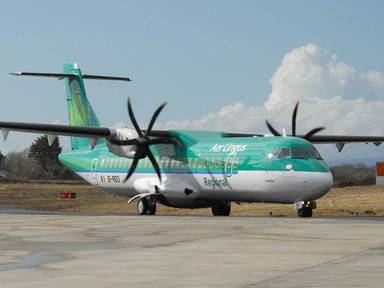 Aer Lingus Regional, operated by Stobart Air, has announced the addition of East Midlands Airport to its Dublin route network with twice daily flights due to begin on 5 February 2015.

The airline expects to carry up to 70,000 customers annually on the new route and will operate all services on the company’s brand new fleet of regional aircraft.

All flights to and from East Midlands will operate from the Aer Lingus hub at Dublin Airport’s Terminal 2.

The addition of East Midlands to the airline’s route network follows the ongoing success of the franchise agreement between Stobart Air and Aer Lingus, which saw a Cork to Newcastle route launched earlier this year and most recently a new service from Dublin to Leeds Bradford, which will commence on 23 October.

This announcement is the first time that Aer Lingus Regional has operated flights to East Midlands in 18 years.

East Midlands Airport is located close to the cities of Derby, Nottingham and Leicester in the UK.  The addition of East Midlands to the route network means Aer Lingus Regional now serves 28 major UK cities from Ireland

Chief commercial officer of Stobart Air Simon Fagan said that the launch of this route is a significant milestone as it marks the 28th route launch for Stobart Air under the franchise agreement with Aer Lingus.

“We are delighted to announce the launch of our 28th new route under our franchise agreement with Aer Lingus. This route to East Midlands from Dublin Airport will offer more options, choice and convenience for Aer Lingus Regional customers travelling between Ireland and the UK.  We hope to facilitate strong ties between Dublin and the East Midlands region,” he added.