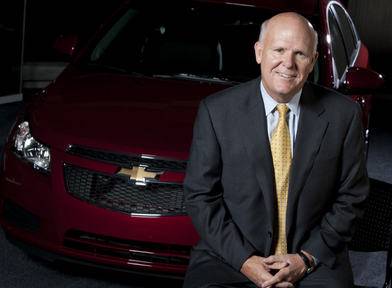 General Motors is to up the size of its stock offering by more than 30pc to US$15.5bn, according to a statement from the company today.

If the offer is taken up fully, the IPO will become the largest US deal to date.

GM intends to boost the share offering to 478 million shares as a result of surging demand by investors.

By late last night, US$70bn worth of orders had already been put in. The IPO could raise nearly US$23bn and will reduce the US Treasury’s stake to a minority one.

If share prices remain at the top end at US$33 and all stock is sold, the US Government could receive more than US$15bn as a payback for its monetary support at the start of the global financial crisis. This would go some way to vindicate Barack Obama’s decision to bail out the company.

Previous to this deal, Visa Inc’s US$19.7 IPO had been the US’s largest deal.

The final terms for GM’s IPO are expected later today with the stock set to begin trading on the New York and Toronto stock exchanges tomorrow.