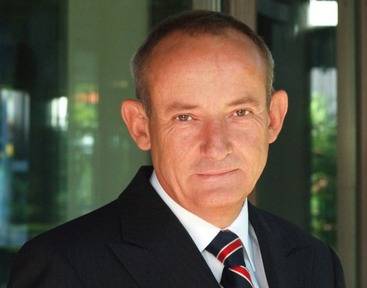 Speaking ahead of his visit to Dublin in October to launch the Carbon Disclosure Project report, Yvo de Boer, former United Nations climate-change chief, tells Ann O’Dea he is relishing his new role in the private sector.

Until July of this year, Yvo de Boer was the high-profile executive secretary of the UN Framework Convention on Climate Change, the body that oversees climate change negotiations. In February this year, he announced he was leaving this most political of roles to take up a position as the advisor on climate change and sustainability with KPMG International in London.

After four years in the hot seat of international climate change politics, including the role of chief negotiator at the difficult UN COP 15 summit in Copenhagen in December, de Boer’s move to the private sector reflects an important shift in the climate-change imperative, he tells me.

“Given the outcome of the Copenhagen Climate Change Conference the process has now entered a new era,” says de Boer. “We now have commitments from all industrialized countries to 2020 on emission-reduction targets, and some 40 developing countries, including all of the major developing countries, have submitted national action plans. That means we have a near global response now to get to grips with this issue within the next ten years. It means we’re moving very much now into a developmental phase where good dialogue with business on how to implement those international commitments is going to be incredibly important.

“This was a great opportunity for me to move away from the political environment and get closer to the actual implementation, and work together with companies to understand how some of those ambitions that have been formulated at international level can actually be implemented.”

In December 2009 there was widespread disappointment that no final treaty was agreed between the international participants at Copenhagen, but de Boer insists that the framework that emerged from the talks was an excellent one.

“To be quite honest, I wasn’t expecting a final agreement,” he says. “A lot of people, especially in the media, were expecting a treaty to emerge from Copenhagen but I was not. The reason for that is quite simple. Imagine if I was to ask you to sign a lease agreement and enter into a mortgage contract for a new house you actually hadn’t seen and which was very expensive? I think you as a sensible person would be quite reluctant to do that. Similarly, I think the developing countries in particular need to know what is going to be in an international agreement, both regarding obligations and in terms of instruments that can help them achieve those obligations before they’re willing to say ‘Okay, let’s turn that into a new treaty.’

“What I had hoped for from Copenhagen was much more an operational architecture for how the international community would act on climate change, and to then later turn that into a treaty. Yes, I have lots of disappointments about how Copenhagen ended, and some of the confusion that surrounded that, but the absence of a treaty is not one of them because I did not expect one.”

In his time at the UN, one of the achievements that de Boer is widely credited with is keeping the Kyoto Protocol on the table until another treaty could be ratified, when some countries were keen to bin it (who can forget the Bali talks in 2007?). What does he see as his greatest achievements?

“I think basically three,” he says. “The first is that, whereas the Kyoto Protocol was focused solely on emission-reduction targets for industrialized countries, we now have a recognition that we need a global approach, which we can’t solve this issue without the engagement of China, India, Brazil, South Africa, etc. I think that is a huge achievement.”

“And thirdly, in that context, I think the recognition now that market-based mechanisms really are needed if we are going to achieve the maximum of ambition in the most cost-effective way possible. That’s an important shift.”

For all the highs and lows, will he miss the cut and thrust of international politics? “Well, sometimes in life you miss things which you know you shouldn’t miss,” de Boer tells me. “I mean I certainly miss the political dynamics of the process, the complexity of trying to move a world forward in which there are such very different interests was very exciting. But at the same time, it takes a lot out of you; it’s very tiring, your innovation tends to go down over time. But, most importantly, we’re in a different timeframe now, and there’s a need to cover these topics from different perspectives.”

De Boer is on record as saying he does not believe a binding treaty will emerge from the upcoming summit in Cancun in November. What does he expect from the Cancun negotiations? “I hope we will get a clearer understanding about how frameworks will be created to register national action to limit or reduce emissions; about how financial support is going to be provided to developing countries to green their economic growth; about how adaptation assistance is going to be provided to developing countries that are vulnerable to the impacts of climate change; and about how the issue of avoiding global deforestation can be brought into an international regime. I hope that Cancun will focus on that practical stuff.”

When I ask de Boer if the fact that the US will not have enacted its climate-change legislation by November could prove a barrier in Cancun, he is typically philosophical.

“I think it’s a complication certainly for the US, but at the same time there are a host of countries that made commitments in Copenhagen that don’t have their national legislation in place yet – countries that are, in fact, probably waiting for the outcome of Cancun to better understand how the international regime is going to work so that they can effectively target their national policies towards that.

“Even Europe is still undecided whether it wants to go for a 20pc emission reduction or a 30pc emission reduction and, once that decision has been taken, Europe will have to put in place the policy frameworks that will take it from minus 20 to minus 30. So, yes, it is a disappointment that the legislation hasn’t been finalized in the US, and it must be a huge frustration for the US administration, but what the international community will hold the US accountable to is the political commitment that was made by President Barack Obama in Copenhagen.”

Again there was a vocal criticism of China after Copenhagen, with the UK’s Ed Miliband famously accusing China of “hijacking” the summit by blocking a legally binding treaty – an accusation robustly deflected by the Chinese Foreign Ministry at the time.

De Boer thinks that China may be making much better progress than it often receives credit for. “If you look at the economic recovery package that China has put together in response to the current economic crisis, that package reflects a realization that it cannot continue to grow its economy at 8–9pc per year using the current economic model. You need fundamental changes in the energy sector with a much larger focus on renewables.

“Indeed, China is now the largest investor worldwide in energy technology. There’s a realization in China that you need to have fundamental changes in industrial processes to achieve greater efficiency, that you cannot realize the huge rural to urban migration that’s projected for China without creating sustainable cities.

We return to the subject of his move to the private sector. Does de Boer believe that business can succeed where governments sometimes fail when it comes to combating climate change?

“How are government tax policies adjusted? How is innovation incentivized? To what extent can market-based mechanisms play a role going into the future? Those are all questions that government has a very significant role in and that are of critical importance to business,” he says.

Businesses too have their role to play in influencing government. “They need to tell the government what needs to be done to drive innovation and technology into the market, how they can adjust their taxation systems to foster innovation – that’s crucial. If businesses can explain to the government how international co-operation and international market-based mechanisms can enhance the suite of cost-effective emission-reduction options, that I think is incredibly important.

“One of the things that I really, really hope for is that over the coming years we will see a much stronger and substantive dialogue between the public and the private sector. The focus is on how these kinds of ambitious targets can actually be delivered on, in the context of a healthy economic growth that takes a different environmental direction.”

De Boer believes there is a strong realization among the world’s business leaders that sustainable business practices are not only good for the world but also for their bottom line.

“I think we had a period in which businesses saw climate policy largely as a cost factor that was being imposed on them because of larger political considerations, but the business case is being made much more convincingly now. I think that has been helped by – and you can call this fortunate or unfortunate – concerns about energy prices, energy security, raw materials scarcity, changing consumer preferences. I mean, even if you were a complete climate skeptic, these challenges would still take you toward the same solutions pursued by a climate believer.”

So in his new role, what does he hope to achieve? “Well, it’s threefold. The first is to work with colleagues in KPMG to develop a really solid and comprehensive strategy on climate and sustainability for its clients. I think one of the exciting things about being in KPMG is that we are not looking at this topic purely from the climate perspective but we’re looking at it from a business perspective: how does it influence tax policy? What advice needs to be given? How can you expand audits to take climate sustainability into account? And how can you relate that to the financial sector, to industry, to transport, to cities, to governments?

“The second objective for me is to work with companies, to the extent that I can, in enhancing their dialogue with the public sector, to work through international organizations like the World Business Council on Sustainable Development to enhance that policy dialogue.

With a busy schedule, de Boer’s presence at next month’s Carbon Disclosure Project (CDP) report launch, is an indication of how important he believes such initiatives are. The annual project aims to collect and distribute high-quality information that motivates investors, corporations, and governments to take action to prevent dangerous climate change. This is the second year that Irish companies have been invited to participate in the project.

“The Carbon Disclosure Project helps to provide that basic information. It helps  companies and countries to understand why emissions are taking place, to understand what emission-reduction or emission-limitation options there are, and to make that process a part of company and country economics.”

Yvo de Boer is the keynote speaker at the launch of the 2010 Carbon Disclosure Project report on 19 October at Trinity College Dublin.

This article first appeared in the Autumn 2010 issue of Irish Director magazine.