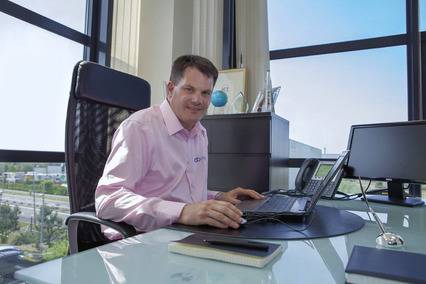 Dublin-based company Agile Networks is predicting a 20pc increase in sales for 2015, further to reporting revenue growth of 55pc for 2014.

The company designs, builds, and supports IT networks across 1,300 sites that support 1.3 million end users.

In completing its third full year of operations since a management buyout in 2011, the firm has grown revenues from under €1m to over €7.4m in 2014.

“For 2015, we’re forecasting another year of buoyant growth, which means that we’re now the biggest independent network integrator in the country,” said managing director Darragh Richardson.

“For our first quarter, we’re on track to achieve growth of 26pc, and we’re forecasting growth of 20pc for the year as a whole.”

Agile Networks is partnering with Calix, an international software company, to support the ‘Fibredirect’ initiative in 94 towns across Ireland, through e-net.

It was also recently commissioned by Shannon Airport to roll out a ‘state-of-the-art’ wireless network at Shannon Airport, designed to service 2,000 members of staff and 1.6 million passengers annually.

Last year, Agile Networks was selected as a ‘National Champion’ for the European Business Awards which will be decided at the end of the month.