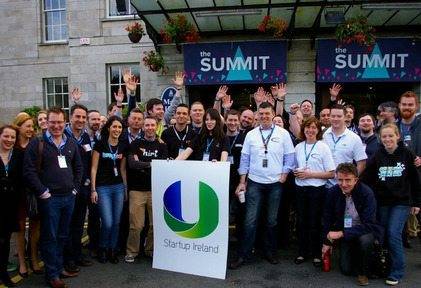 Start-up Ireland has launched a national call for ‘start-up champions’ in each of Ireland’s cities who would lead start-up initiatives.

A key part of the role of these start-up champions will be to help get the basic tools of successful start-up communities in place.

These include a digest of relevant events, an infographic of start-up resources in the area, networking opportunities, a monthly showcase for start-ups and a Startup Weekend every six to 12 months.

Start-up Ireland is a not-for-profit grassroots organization providing an independent focal point for the Irish startup community regionally, nationally and internationally with the objective of increasing the number of Irish startups that start and scale successfully.

The organization made the call in response to the release yesterday of the report of the Entrepreneurship Forum, in which it got six positive mentions, noted Eoin Costello who founded Start-up Ireland with Gene Murphy last autumn.

“Our initial efforts at helping better connect the Irish start-up community have been very successful. Our Start-up Ireland Linkedin group is now a forum for over 2,700 members,” he said.

Start-up Ireland will shortly launch a new version of its website which will feature microsites dedicated to each of Ireland’s cities that will become ‘hubs’ for startups.

On each microsite, there will be Twitter feed, LinkedIn group, start-up digest and infographic of the resources available to start-ups in that particular city.