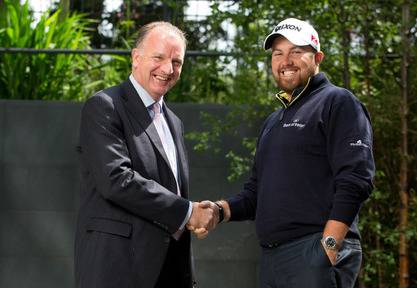 Bank of Ireland has announced a sponsorship deal with Irish professional golfer Shane Lowry which will run until the end of 2016.

Under the agreement, he will represent Bank of Ireland both as a brand ambassador in Ireland and as he competes across the world in the years ahead.

He will sport its branding on the left chest of his golf apparel in addition to hosting a number of corporate events for the bank each year.

The announcement was made at a press conference for the Irish Open in Fota Island Golf Club, Ci Cork where the former champion of the tournament is competing over the coming week.

Winner of the 2009 Irish Open and 2012 Portuguese Masters on the PGA European Tour, Lowry is currently ranked No 75 in world golf rankings.

He is 17th in the current race to Dubai rankings, is a multiple European tour winner and has already achieved 20 top ten finishes on the PGA European tour.

“Shane’s ambition to compete at the highest level on the global professional golf circuit aligns with our track record of supporting our customers to fulfil their business ambitions in Ireland and across international markets,” said Tom Hayes, chief executive, Bank of Ireland Corporate Banking.