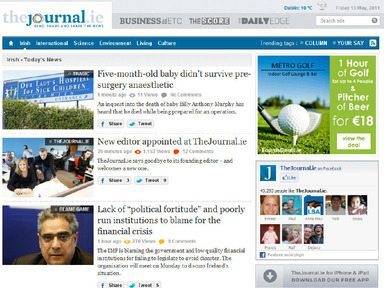 TheJournal.ie has announced the appointment of Susan Daly as its editor, following the resignation of Jennifer O’Connell, who has been involved in the site since it was set up in June 2010 and oversaw its launch last October.

According to the site, O’Connell has stepped down from her role “to pursue a number of freelance projects and to spend more time with her young family”. She will continue to write for the TheJournal.ie.

Daly, a former day news editor with the Irish Daily Star, has been promoted from the position of deputy editor of the site.