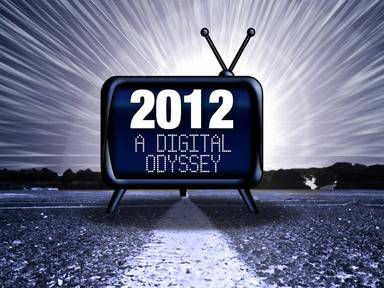 The UK and Irish governments have announced the construction of a new, low power TV multiplex in order to continue providing TG4 in Northern Ulster following the switch to digital at the end of 2012.

As well as carrying TG4, the multiplex, which will be part of the UK DTT system, will also transmit RTÉ 1 and RTÉ 2.  It is hoped that this will further increase the coverage of these channels in Northern Ireland, enabling approximately 90pc of the population there to receive their services on a free-to-air basis, either through overspill as before or via the new multiplex.

As part of the Belfast (Good Friday) Agreement in April 1998, the UK Government pledged to look at ways of increasing availability of Teilifis na Gaeilige (TG4) in Northern Ireland. It subsequently constructed a new transmitter at Divis which, combined with the analogue overspill signal from transmitters in Ireland, means the channel is currently available on a free-to-air basis to approximately 60pc of the population in Northern Ireland.

The Irish and UK governments signed a Memorandum of Understanding in February 2010 committing to work together on the technical arrangements for post-switchover provision of TG4.

Following a broad range of technical work, the two governments have agreed that the most effective way to continue to provide access to TG4 is through the new multiplex.

The existing analogue signals will be switched off on a coordinated basis in Ireland and Northern Ireland at the end of 2012.  Digital UK, the not-for-profit organisation that is leading the digital switch-over in the UK, will be ensuring that viewers in Northern Ireland have all the necessary information to help them make the switch to digital and know what sort of equipment to buy if they want to receive these services.

According to the two governments, other arrangements that need to be put in place include the establishment of a joint venture between RTÉ and TG4 to run the multiplex which will be licensed under the UK’s Wireless Telegraphy Act of 2006 by Ofcom at the request of the UK Government.   This will be a not-for-profit company.

The licensee will have to put out to competitive tender all the elements of the multiplex operation that are contestable and the multiplex will be operated on a not-for-profit and open book basis.