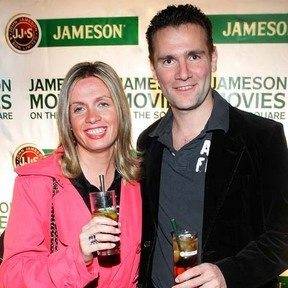 Jameson has signed a deal to become the title sponsor of the 2009 Empire Awards.

The partnership involves sponsorship of the Best Actor Award, editorial coverage in six editions of Empire magazine and exclusive spirit status at the awards ceremony that takes place in London at the end of March 2009.

“Jameson is currently involved with film all over the world including The Jameson Dublin International Film Festival, Ireland and film festivals and events in over 20 countries,” said Catherine O’Grady, head of PR and sponsorship for Jameson at Irish Distillers, Pernod Ricard. “This is a really exciting partnership that’s going to further strengthen and build Jameson’s relationship with film.”

The deal will also include ownership of the ‘Done in Sixty Seconds’ award, an interactive online category which selects from 60-second versions of films created by Empire readers. The entries will be collated and showcased on the Jameson Empire Awards microsite, where people will also be able to vote for their favourite artists and productions, see a gallery of images from the event, read the awards blog and win exclusive tickets to attend the award ceremony.

Pictured: Catherine O’Grady, head of PR and sponsorship for Jameson, with Alex Ricard, CEO of Irish Distillers Pernod Ricard, at Jameson Movies on the Square