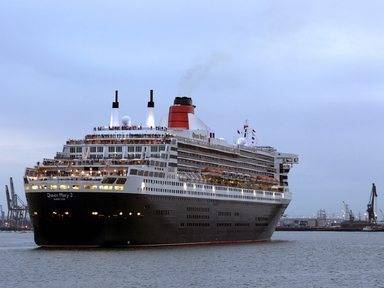 The arrival into Dún Laoghaire of Cunard Line flagship vessel Queen Mary 2 this Thursday (16 May) will kick off a busy cruise ship season for the port.

Up to six cruise vessels are expected to use the facilities at Dún Laoghaire from May to July this year, bringing potentially up to 15,000 passengers and crew ashore.

The highlight of the season is expected to be the visit of Queen Mary 2, which has 3,000 passengers and several hundred crew members aboard.

The ship is currently travelling from Hamburg to Greenock in Scotland, where it will arrive tomorrow. After leaving Dublin, it will sail to Liverpool, Invergordon in Scotland and Stavanger in Norway, before returning to Hamburg on 23 May. After that, it travels to New York, via Southampton.

One of the objectives of the Dún Laoghaire Harbour master plan, published in 2011, was to enhance Dún Laoghaire’s attractiveness as a gateway for tourists to Ireland by offering state-of-the-art berthing and terminal facilities to ferry and cruise operators.