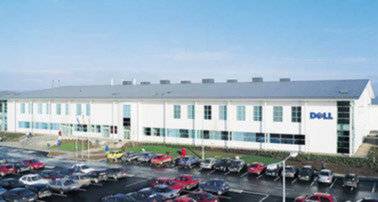 Ireland’s Tánaiste and Minister for Enterprise, Trade and Employment, Mary Coughlan TD, has made an application to the European Commission seeking support to reskill the 1,900 Dell workers in Limerick who will lose their jobs later this year.

Earlier this year, the long-anticipated closure of Dell’s factory in Limerick was confirmed after spiralling costs in the Irish economy made its future untenable. The factory is being moved to a new location in southern Poland.

Dell will continue to employ 2,000 people in Ireland engaged in higher-value activities.

Today, Minister Coughlan submitted an application to the European Commission seeking support from the European Globalisation Fund (EGF) for training and other supports for workers being made redundant both at the Dell plant in Raheen, Co Limerick and in other local companies, such as Banta Global Turnkey, that have experienced knock-on redundancies as a consequence.

“I am making this application to support the training and other active labour market measures for the many of workers affected in the region, and to ensure that they benefit in a way that meets their individual needs and gives them well-grounded hope for future employment through training opportunities,” the Minister explained.

Eligible interventions include assistance with occupational guidance, job searching, mobility supports and training and further education and upskilling for affected workers. An annual EGF budget of €500m is in place until 2013.

The Irish application is the result of months of detailed preparatory work by the Tánaiste’s Department, the Departments of Education and Science and Social and Family Affairs, the Higher Education Authority and other state agencies on the ground in the mid-west, including FÁS, Enterprise Ireland and IDA Ireland, the City and County Enterprise Boards and the regionally based further and higher education sectors.

“Since the formal notification of these redundancies, I have had a number of contacts with Commissioner Ŝpidla. He has direct responsibility for the management of the EGF, and has assured me of his own interest in this application and that it will be dealt with expeditiously. I will meet the Commissioner again when he visits Ireland shortly,” Minister Coughlan said.