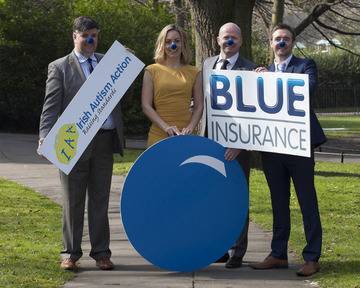 Online insurance broker Blue Insurance has launched ‘Blue Nose Month’, its first campaign as part of a new partnership with Irish Autism Action, which includes a commitment to raise up to €50,000 over the coming year for the organisation.

All monies raised through the fundraising efforts of the team at Blue Insurance will go towards supporting the numerous projects being undertaken by Irish Autism Action.

These include a nationwide awareness campaign across all media, which Blue Insurance is sponsoring, and providing emergency support to families in need.

For Blue Nose Month, blue noses will be available in XtraVision outlets nationwide during the month of April with the aim of raising awareness of autism.

Established in 2003, Blue Insurance currently employs 40 people in Ireland and the UK.

CEO Ciaran Mulligan said the partnership with Irish Autism Action was part of its corporate social responsibility initiative, and that its entire team was committed to helping in some way with it.