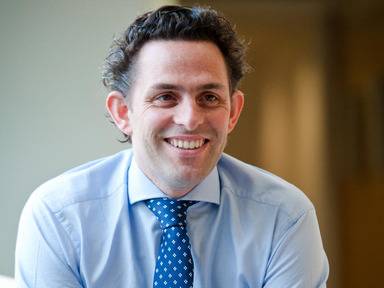 In 2011, UK energy company Centrica – which bought Bord Gáis Energy for €1.1bn earlier this year – introduced a responsible procurement programme that seeks to mitigate the potentially adverse impacts of social and environmental risks within its growing supply chain.

According to the procurement director, David Wylie, through the programme the company works with its suppliers to get a granular understanding of their supply chains and their key risk areas, and to put processes in place to improve operating standards. “We work with the ethos that it’s not about finding gaps in the supply chain, it’s about really trying to work with suppliers to improve standards and to improve performance when it comes to CR issues,” Wylie says.

In partnership with EcoVadis, the company carries out corporate responsibility assessments on strategic suppliers. “We look at the market the supplier is operating in, the type of goods or services they’re selling and the risk factor involved, and then we look at the country in which the service is being delivered,” Wylie says. “A combination of those factors tells us what the supplier’s risk rating is.

“We then work with the supplier to understand what actions and processes to put in place to prevent risks in their supply chain.”

Wylie describes the assessment process as very transparent. “Our suppliers are involved in pulling that assessment together and then they get open access to the feedback and results. They get an opportunity to challenge and gain input if they think they’ve been scored incorrectly. And then, with the suppliers, we design corrective action plans that are really about trying to plug some of the gaps we see.”

Since the programme was introduced, nearly 200 of what the company considers its ‘high risk suppliers’ have been covered. Importantly, Wylie believes there is an increasing level of engagement from suppliers.

“And I think they’re starting to see it’s quite a positive step in terms of identifying the sorts of things large organisations want and the things they can put in place to close the gaps they might have.”

He doesn’t see the process being rolled out to all suppliers. “We’re taking very much a risk-based approach. As a proportion of numbers of suppliers, it’s quite small, but as a proportion of spend and risk, it’s a fairly sizeable number. We’re part way through a journey and there are more people to assess and we generally do that as contracts come up for renewal.

“This brings an element of robustness to the process that we didn’t have three or four years ago,” he says. “It also brings a focus to the organisation to make sure that you’ve identified the things you should be identifying and that there’s an action plan in place to improve them.

“And for suppliers who are under a certain score on our rating system, we work with them to develop corrective action plans that hopefully improve their business and attractiveness to large organisations, and also help to reduce our risk.”

Wylie stresses the fact that any level of organisation can put measures in place to improve their own risk. “We haven’t spent a huge amount of money on this.  This is about just having a focus within the organisation about where there risks are and what you want to do about them. So, I think it’s not necessarily a big organisation thing.

“From a risk assessment point of view, that’s something that can be done very simply on an Excel document and that should be transferrable to organisations of all sizes. Bigger organisations tend to get more scrutiny than smaller ones, but there’s no reason that smaller organisations can’t use that same approach.”

From Centrica’s point of view, Wylie says the company does not want this to be just an administrational process. “We want this to be something that makes a tangible business difference, but also that we can use a positive differentiator as an organisation – something we can talk about positively and maybe open doors into other markets or other organisations that value that approach to CR.

“This is one of the key foundations around how we look to build trust in our organisation.

“We report all of our information up to the board level within Centrica and there’s a huge amount of focus on this within the business. And I think the general trend I see in the industry when I talk to my peers in other organisations is that the focus in this space is increasing. I think coming out of the recession, the general public are back on to the theme of corporate responsibility. I certainly see it as a key part of any organisation going forward.”