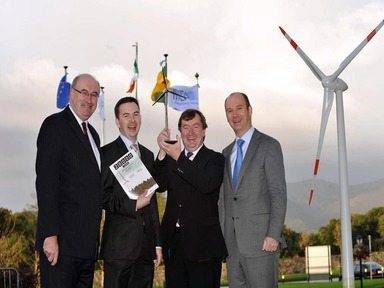 At the start of its autumn conference yesterday, the IWEA shared some alarming statistics on Ireland’s renewables portfolio for 2011. We are the worst performers in Europe night now, despite having some of the best wave and wind resources on the planet waiting to be capitalised on, both to reduce our extremely high reliance on imported fossil fuels (over 80pc) and to engage in green energy exporting in future with countries such as the UK.

According to the IWEA, Ireland is only meeting 68pc of its 2010 targets for 2010, with competing European nations now gleaning a critical edge in the green stakes, snapping up opportunities before the country.

The IWEA is blaming the slowdown on three things:

On the opening day of the IWEA autumn conference in Killarney yesterday, the IWEA warned that Ireland has witnessed an “alarming slowdown in the pace of renewable energy development in the last two years and is falling way behind European competitors with significantly less resources”.

Addressing more than 300 delegates during ‘28,000 Jobs’, alluding to the job creation potential of the sector, newly appointed chief executive Kenneth Matthews said the net result of investor uncertainty and an over-complicated regulatory framework is that competing nations in this sector, including neighbouring Scotland, “are stealing a march on Ireland because of its prevarication and that thousands of jobs and billions in investment are being lost by us in the process.”

Speaking today, Aidan Forde, a NOW Ireland member and head of the wind energy site developer Saorgus Energy said he was fully in agreement with Kenneth Matthews’ comments on what is holding back the progression of wind farms here, both onshore and offshore, especially with regard to the REFIT scheme. 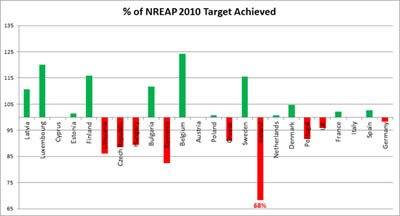 A European-wide league table based on targets from National Renewable Energy Action Plans (NREAP) submitted by member states in 2010 shows that Ireland, by the end of this year, will have achieved just 68pc of its target for 2010, said the IWEA today.

The IWEA believes Ireland could connect as little as 200MW this year when 400MW is the NREAP target.

“The absence of a co-ordinated and cohesive system for facilitating the delivery of required wind-farm installations to meet our 2020 targets is resulting in an unstable market for investment and that is driving the investment and thousands of jobs elsewhere,” said Matthews.

“Take Scotland, for instance. They intend to deliver 100pc of all energy requirements from renewable sources by 2020. With that clear market signal they are attracting significant foreign direct investment and jobs. People think we are ambitious by targeting 28,000 jobs but Scotland intends to replace the 120,000 jobs at risk in oil and gas as the North Sea fields are wound down with green-energy jobs.

“The return from this intent is notable. A stg£50m (€58m) FDI offshore wind technology centre is being established in Glasgow, creating 300 jobs in the process. They already have significant investment from leading global companies such as ABB, Rolls Royce and Vattenfall. Further down the UK, in Hull, Siemens are planning to establish a wind-turbine manufacturing factory – creating 700 jobs directly and 500 in related businesses.” 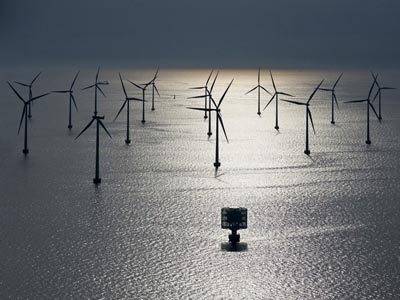 Continued Matthews: “Closer to home, in Northern Ireland, they are investing heavily in Belfast Port and recently secured 450 jobs with DONG energy – Denmark’s leading energy company – with a £40m investment. Our nearest neighbours clearly have their house in order and are attracting significant investment as a result. We don’t have ours in order and we are losing out heavily.”

Matthews said it is “regrettable” that key international players can have vast confidence in Ireland’s resources, yet we have yet to capitalise on this ourselves.

“A study by Siemens, one of the world’s leading energy companies, found that Ireland has one-third of all of northwest Europe’s renewable energy resources, including the world’s most energy-intensive waves and Europe’s highest wind speeds, yet we don’t seem to have transferred the opportunity of this immense bounty into actual jobs.”

He went on to talk about Vestas, the world’s largest wind turbine manufacturer, which has stated it will create thousands of jobs somewhere in Europe in a new coastal manufacturing plant but hasn’t decided where yet.

“We should be all over these companies in the way that other countries are.

“The IWEA is warning about us not having our act together for the last three years yet we are continuing to fall behind to nations that don’t have anything like our wind resources. At the moment we are not just falling way behind the Scandinavians or Scotland but even Romania in terms of meeting our targets. We need to ask ourselves the question: do we want to be in the same space as Romania which has little resources, or do we want to be ahead like the Nordic countries or have Scotland’s ambition?

“We are now at a critical juncture. If we want to see the large-scale expansion of the Irish wind industry and the extremely positive economic development and job creation that will flow from it, not to mind greater grid security and stability and lower energy prices, we need to really up our game.”

Speaking about the renewable energy sector in general, Richard Tol, a professor of the economics of climate change from Vrije Universiteit Amsterdam, believes that electricity would be “cheaper and government borrowing lower if the support for wind would end”.

“Pouring money into an uncompetitive industry does not create jobs. Lower costs and lower taxes do,” said Tol today, in response to the IWEA’s findings.

Tol went on to say that the energy sector is “labour extensive”.

Among the priorities identified by Matthews, if Ireland is to “turn the opportunity back in its favour”, are: