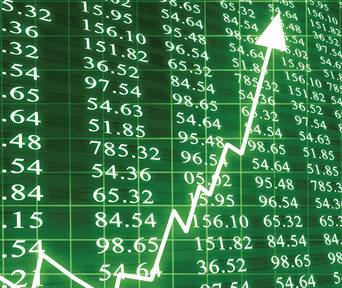 Towards a ‘Green IFSC’

The so-called ‘Green IFSC’ has the potential to put Ireland very firmly on the map as a support centre for the global renewables and clean tech industries, KPMG’s Mike Hayes tells Grainne Rothery.

The belief that Ireland is very well placed to become both a centre of excellence and a key support for the global renewable industry is the driving force behind an initiative to establish what is loosely being called the ‘Green IFSC’ in Ireland.

At the launch of the initiative in January of 2011, then Taoiseach Brian Cowen said its establishment would position Ireland as a leading financial services centre for the management of carbon and green finance, and that it has the potential to create over 7,000 new jobs and €6bn in revenue over the next five years.

But why exactly is Ireland so well placed in this regard? According to Mike Hayes, a partner in KPMG and a member of the Green IFSC steering committee, Ireland first of all has the credentials and the background in this space because of the leading role Irish companies have played in the global renewable sector over the last 10 years.

These companies include Eddie O’Connor’s Mainstream Renewable Power, NTR and Airtricity. In addition, a whole raft of new players – like OpenHydro, Investricity, Wavebob and GT Energy – are currently scaling up their operations and look set to be highly successful in this space in the future.

“Also – and this is a critical piece – what we’re trying to do here with the green world is exactly what the IFSC did in the financial world. We started off with nothing here in 1987 in the IFSC, and built Ireland into a very important support centre for the global financial services industry. That’s exactly what we’re looking at here.”

This initiative is not about building wind farms or solar plants in Ireland, he points out. “This is about using the skills that we have as a nation – we’ve a lot of people who understand the renewables sector, we’ve punched above our weight globally in this sector, plus we have the background of being able to do it in one industry sector already. Bringing those disparate pieces together, we’re capable of producing a new IFSC that’s going to support the green industry worldwide.”

According to Hayes, it’s vital to understand that the renewables or clean tech industry is essentially about two things. “It’s about finding and developing the right projects and being able to figure out the best place to have your solar or wind plant,” he says.

“The second piece, and the piece that a lot of people who are alien to the industry don’t understand, is about financing. The financing requirements are very significant on both the debt and equity side, and you need to be able to solve that financing piece every bit as much as finding the right place to locate a solar or wind farm. Unless you bring both pieces together you’re not going to be able to deliver the fully packaged solution.”

“On the back of the IFSC we already have a very strong fund management sector in Ireland, and what’s happening globally is that investors are now starting to come together to say they no longer want to put all of their money into financial assets, they’re looking at alternative asset classes,” continues Hayes.

“One of those big alternative asset classes, rather than mortgage-backed securities, equities or bonds, is people want to invest in the renewable space. There are two reasons for this: firstly, they think they can make money out of it and secondly, you have what are now regarded as ethical investors – people who want to put their money to a more ethical purpose.

“We see Ireland as a place first of all to domicile those funds and secondly to provide all the support services that go with those funds, including investment management.

“If you’ve got big US pension funds and institutional investors and they come together to set up a fund in Ireland, they need to decide where to invest their assets. We believe very strongly – and there’s a lot of people behind this initiative, all the way up to the Taoiseach’s office – that the expertise sits here in Ireland to help these funds identify the assets and manage the assets. This is different to managing a portfolio of debt and securities, bonds and equities – that’s all done by financial traders. Here we’re talking about managing real assets, be it a clean tech asset, a wind farm or solar asset, and that is a critical piece.

“We’re looking at the potential for Ireland to become a bond issuing centre. There’s also a whole area around carbon and the management of carbon credits with a lot of the support activities around this possibly sitting in Ireland.

“These are just two tangible examples of the way in which we can use Ireland to support the global green agenda.”

The case for green

There are several reasons why there’s a place for a ‘Green IFSC’ in Ireland, says Hayes. “For broad based investors, wind and solar and green products are easy to understand. The technology is tried and tested. It’s all about whether the project has been able to get the financing required to build it and whether it has a long-term agreement to sell the power.

“And I wouldn’t underestimate the importance of companies globally – listed companies, banks and so on – that are not in the green space at all saying they need to be in this space. It’s not a financial motivation, it’s an ethical or a green motivation and that is very much a coming trend. We think that Ireland can capitalise on that.”

While the current IFSC is very much Dublin-based, the Green IFSC will be a nationwide entity that will not have a physical presence, explains Hayes. The steering group, which has been tasked by the Department of An Taoiseach to formulate the business plans, has already generated huge interest from both local players in the marketplace, but also globally, he says.

“We’re already getting calls now from international banks, international fund managers, saying ‘You’re onto something here’. We’re still in the process of figuring it all out, which is no different to the IFSC – that took us five to 10 years to really figure out how it was going to work properly. We’re at the really early stages of something we believe is very exciting and very interesting.”

The steering group is expecting the Green IFSC to get underway within the current year. “This is more about a rebranding exercise and about positioning Ireland. Yes, there are some changes to the law we’d like. But actually, we’re already out talking to international funds, international carbon projects and saying, ‘We can do this’. The fact that we’ve already done a mini-launch and announced this, it’s already got traction.

“When we do a full launch of this, we think it’s going to create an avalanche of interest. And the real purpose is to be ready for it. That’s not based on aspirations. It’s based on what we’ve seen already from talking to people and word of mouth.

“It’s capitalising both on the skills we have developed here as a financial centre, and on the fact that Irish companies have been and continue to be at the forefront of developing green projects globally.”

Hayes does, however, believe that Ireland needs to develop its own local green resource. “I don’t think it’s credible for us to hold our heads up worldwide and say we’re a centre of excellence in the global green industry if we don’t have a strong local green industry ourselves,” he says.

“We’re ideally placed because we have onshore wind, we’ve offshore wind and we have some of the best tidal and wave resources in the world. The Government support needs to tap into this opportunity, which would help us meet our renewables targets.”

This article first appeared in The Green Economy: An Irish Director Report, published to coincide with The Green Economy briefing on May 31, 2011. For video highlights and conference reports click here.