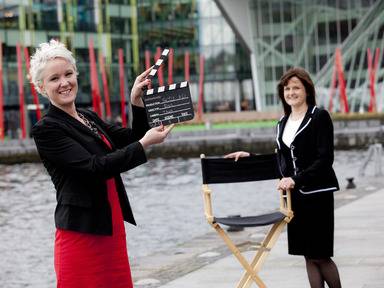 The Society of Chartered Surveyors Ireland (SCSI) has launched its first ever TV ad campaign, which will kick off this week.

It will also show young people the variety of career choices, which exist within surveying and hopefully encourage them to consider the profession as a career choice.

The SCSI is hoping to capitalise on a resurgence of interest in careers in property, land and construction, which is evident from the latest figures from the CAO.

The ad, which was produced by the Atomic agency, will run on all the main Irish channels for a period of three weeks in the first phase.

President of the SCSI Pauline Daly said the society would particularly like to see more women taking up property and construction related courses in the coming years.

“As activity levels have improved, particularly in urban areas and with construction output expected to grow by 30pc over the coming four years, the lack of new graduates has become a major concern for employers, many of whom are now having difficulty filling posts,” she noted.

“We’d especially like to see more young women pursuing careers in our industry. Traditionally the sector has been seen as something of a male preserve but that is changing. Currently women make up 20pc of our 5,000 members but we want to drive that figure up in the coming years and we hope the TV campaign, featuring as it does a number of successful young women will help us achieve that.”