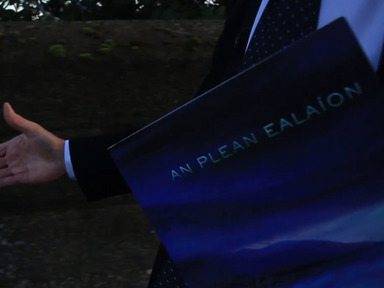 Note: It was also reported that SquareSpace with base EMEA Headquarters directly in Dublin which will result in the creation of 100 full-time, well-paying jobs.

Arts and culture enthusiasts, including actor Don Wycherley, Dublin Youth Dance Theatre Festival, Ether Productions, and Sean O’Casey Players, made their way into the Cultural Quarter of Dublin for the launch and stopped off at Platform 5 at Connolly Station to mark the special occasion with a one-off joint performance.

The plan, developed by Dublin City Council and designed by acclaimed Irish artist Robert Ballagh, illustrates how the arts play a major role in community development and neighborhood identity across Dublin.

Dublin City Council has also announced that the plan is the first step in Dublin’s City bid to host the European Capital of Culture 2020. This title (last held by Dublin in 1991) was worth €1bn in new revenue to Liverpool in 2008 and has had a lasting impact in that city in terms of quality of life and social inclusion.

Dublin will compete against already declared cities Galway, Limerick and towns in the south-east to set out a bid that shows how culture can transform neighborhoods all over Dublin, such as the Old Monto at Foley St.

Dublin City Council wants ‘the whole city to bid’ and for the emphasis to be on young people’s vision for a diverse, thriving city as it exits the decade of commemoration.

The title will be awarded towards the end of 2015 by the EU and even the process of bidding will leave Dublin with a legacy of consultation and vision for the future.

“I invite all Dubliners to take a trip up to Monto to experience the new Cultural Quarter that is springing up there,” said Lord Mayor of Dublin Christy Burke.

“Nothing breathes life into a community like art and culture and this plan proposes doing just that to this historical part of Dublin’s fair city. I applaud the City Arts Plan and would like to acknowledge the extensive and often invisible work it undertakes on behalf of Dublin. We see the Art and not the Arts Office and that is how it should be, and I will do everything in my power to support the bid to make Dublin the European Capital of Culture in 2020.”

The launch event of the City Arts Plan will take place at the Abbey Theatre later today at 1 pm when people representing every element of arts and culture in Dublin will come together under one roof to celebrate Dublin’s love affair with the arts.