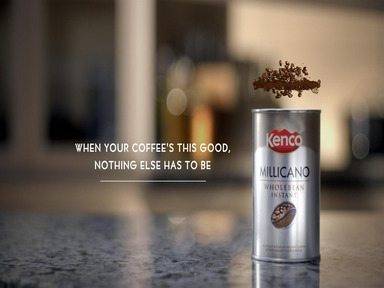 Kenco Millicano is back on Irish TV screens this week with a new ad featuring actor Rupert Everett.

The 30-second spot opens with a scene showing an unidentified character enjoying a cup of Kenco Millicano whilst reading a bad theatre review of an actor’s performance.

The character is then revealed as Rupert Everett – and the review is of his own performance. But he shrugs off the criticism with the line “when your coffee’s this good, nothing else has to be”.

“The ad dramatises in a humorous way that Kenco Millicano is a wholebean instant coffee that is so good, life’s little niggles simply won’t phase you,” said Sandra Gahan, head of marketing for Kraft Foods ­– Coffee.

“This is because Kenco Millicano contains finely-milled wholebeans, making it the best quality instant from Kenco.”

The ad was created by JWT/DDFHB Advertising and will run across TV networks (RTÉ, TV3, TG4, E4 and Sky Group) and VOD.

This ad is part of a significant Irish marketing investment for Kenco Millicano in Ireland in 2013, which will include extensive press and outdoor advertising, PR, sampling, digital, social media and in-store activity at a local level throughout the year.