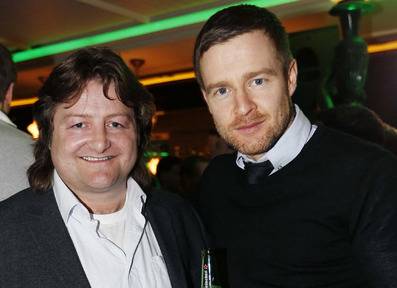 Heineken has unveiled a multi-media campaign called ‘Get in the Game’ designed to bring the Heineken Cup experience from the pitch to fans’ mobile phones, computers and into pubs and homes across the country.

Get in the Game allows people to react to a variety of digital and real life games.The campaign features new creative for outdoor, print and digital advertising and a new TV ad will be released before the Heineken Cup final which will be played in Dublin on 18 May.

Fans can get involved with ‘Get in the Game’ online or through challenges featured in pubs around the country.

Arcade-style games such as ‘Conversion Challenge’ and ‘Catch’ will be available to online players who will also have their Heineken Cup knowledge tested with quizzes and ‘Match Predictor’.

It is all linked in one system where the overall winner will receive a VIP and back stadium experience at the Heineken Cup Final.

Karl Donnelly, Heineken’s sponsorship brand manager, said a “social sentiment project” like this has never seen before in Ireland.

“Sports fans are increasingly looking for new and engaging ways to enrich the Heineken Cup experience. We have developed an innovative and multifaceted approach that lives on mobile devices, computers and in pubs. Wherever you are, you can ‘Get in the Game’ with the aim of scoring points and winning prizes.

“Today, so much of the conversation around sports events takes place across social media. Heineken recognises how important this space is. We are utilising this rich conversation and harnessing it with visual animations and projections over the weekend of the Heineken Cup final. A custom built structure for this visual display will also provide an interactive virtual kicking game; fans can literally kick conversions which will, in turn, send tweets in support of various teams.”