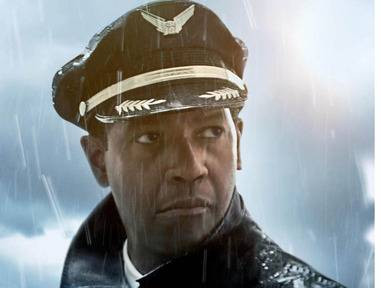 According to reports, drinks brands Budweiser and Stolichnaya have asked to be blurred out of an upcoming movie starring Denzel Washington. Both companies cited their concerns due to the negative connotations alcohol has in the film.

Entitled ‘Flight,’ the movie focuses on a pilot with an alcohol problem (Washington), who becomes a hero when he saves the lives of the passengers on his commercial flight following a plane crash.

However, the brands have revealed their unhappiness with their association to the film, especially scenes where Washington is shown drinking and driving.

Speaking to Reuters, vice-president of Budweiser, Robert McCarthy, said: “We would never condone the misuse of our products, and have a long history of promoting responsible drinking and preventing drunk driving.

“It is disappointing that Image Movers, the production company, and Paramount chose to use one of our brands in this manner.”

The makers of Stolichnaya vodka are said to be equally unhappy with how their product has been portrayed. They stated that they were “dismayed” the film-makers had chosen to use their brand in the movie. According to reports, the inclusion of the brand Stoli in this movie violates the responsible practices of the Distilled Spirits Council of the United States. Stoli has an internal code of responsible marketing which seems to have been violated as well. However, one could argue that this was not marketing, it was the filmmakers using popular brands under what is called “fair use” privileges under federal law in the United States.

It has asked Paramount to remove any reference to Stolichnaya from the film and all subsequent adaptations.

However, as stated above, under fair usage rules, which allow brands to be used without advance permission, Paramount is not obliged to remove the labels. This is a clear issue with brand protection.