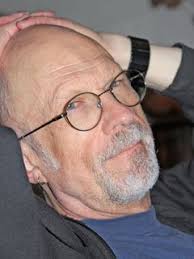 The granddaddy of the modern body piercing movement is Jim Ward. Looks like an average looking guy, right? He started doing body piercing in his home in the 70’s. Now? Get this: Body piercing and body jewelry has grown to $1 billion industry in the US.

But don’t think that body piercings and body jewelry are a new trend. It’s actually an ancient practice. How ancient? The first known piercing dates back over 5,000 years when “The Ice Man” was found in the Italian Alps in 1991. What was pierced? His ears.Piercings can show off social standing, sexual status, superstition, or just because it looks great.

Who else did piercings anciently? The Mayans, Aztecs, and Incas were big practitioners. Ancient cultures in Africa, Europe, and Asia got into it too.  Piercings can show off social standing, sexual status, superstition, or just because it looks great. And piercings is even mentioned in the Bible too (Lev. 19:28). Spoiler alert: it says not to do it.

What were other reasons for piercings? Some wore them to keep away demons and for protection from unknown spirits. You may wonder when the practice of piercing nipples and genitals started. Well, you can thank the ancient Romans for that practice. They were really into it.

Most piercings today are done for individuality. There have been spiritual piercings in cultures, including the Native Americans. It was done to usher in a state of transformative consciousness. For example, members of the Crow Nation, would pierce their shoulders and suspend themselves from a stake pounded into the ground to better commune with the spirits. Piercings for religious devotion are common all over Asia.