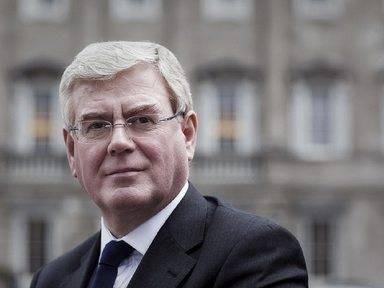 Ireland’s diplomatic network abroad is to be expanded with the addition of five embassies and three new consulates.

The Department of Foreign Affairs and Trade said the proposed expansion of the embassy network is specifically designed to support Ireland’s foreign trade and inward investment, and takes account of the soon-to-be published review of the Government’s trade, tourism and investment strategy.

It said embassies will be established for the first time in the fast-growing economies of Thailand (Bangkok) and Indonesia (Jakarta). Consulates general are to be established in the financial and business hubs of Hong Kong (China) and Sao Paolo (Brazil), and in the tech hub of Austin, Texas (USA).

The Department said that following Croatia’s recent accession as the 28th member state of the EU, an embassy will be established in Zagreb, in line with the Government’s current policy of maintaining a diplomatic presence in every EU capital. And an embassy will be established for the first time in Nairobi, Kenya, in support of Ireland’s aid programme, Irish Aid to help to accelerate the planned transition from ‘aid to trade’ in Africa.

Finally, it said a scaled-back, one-person embassy with a focus on international development is to be re-established at the Holy See in Vatican City. “This will enable Ireland to engage directly with the leadership of Pope Francis on the issues of poverty eradication, hunger and human rights,” said the Department. Ireland’s Vatican City embassy was closed just over two years ago.

“Ireland has long been underrepresented abroad by comparison with other countries of a similar size and reputation to ours,” said Tánaiste and Minister for Foreign Affairs and Trade, Eamon Gilmore. “While we have just 300 diplomats promoting our economic and strategic interests in 73 locations abroad, countries like Norway, Finland, Denmark and the Netherlands have a far greater global presence which leaves Ireland at a distinct disadvantage when trying to compete in both emerging and established markets.

“In doing this, we are closing some of the obvious gaps where Ireland currently has little or no footprint. Our aim is to complement the work and global presence of our State agencies as we continue to win new business for Ireland.

“I will continue to keep the embassy network under review, particularly in light of the forthcoming review of Ireland’s foreign policy.”

The cost of establishing the new missions is expected to come to a net €4.7m annually, and will be covered from within the existing Department of Foreign Affairs and Trade budget. The Department said the new embassies and consulates will be small in size, ranging from one to three diplomatic staff.

In addition, it said the existing embassy network will undergo some “rationalisation and redeployment” of staff. Ireland’s embassy to Lesotho will be closed, with Ireland’s embassy in South Africa assuming responsibility for the Kingdom of Lesotho. The Irish embassy in Vilnius, Lithuania, will also be downsized.

Meanwhile, Ireland’s existing Irish Aid office in Freetown, Sierra Leone will be upgraded to embassy status, at no additional cost to the State.

Ireland’s diplomatic network currently comprises of 56 embassies, seven multilateral missions (including to the United Nations and the EU) and 10 consulates general and other offices. Through them, diplomatic relations are maintained with 176 states.