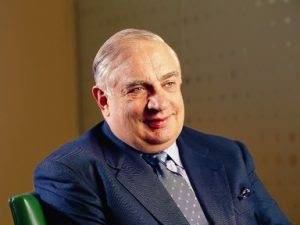 Chairman of Goldman Sachs and former head of the World Trade Organisation Peter Sutherland is to co-chair a new international group to boost global trade.

The experts’ group has been created following talks between the UK and Germany and was announced over the weekend by UK Prime Minister David Cameron and German Chancellor Angela Merkel.

“Trade is the engine of global growth. That is why we have put boosting trade and tackling trade barriers high on our governments’ agendas and want to see a strong political commitment to liberalizing trade at the Seoul G20 summit,” the leaders said in a statement.

Open markets and free trade should be at the heart of recovery, continued Merkel and Cameron.

The G20 summit takes place on November 11 and 12, and the new group is expected to make its recommendations for trade boosts in early 2011.

Jagdish Bhagwati, a trade expert, and professor at New York’s Columbia University is to jointly head the initiative with Sutherland.

Other experts from advanced, emerging and developing economies will all be included in the group.

Following global fears of trade wars, the group has been established to ensure worldwide trade is not damaged by currency wars and protectionism. It will look at barriers to trade and give short and medium-term solutions to this tariff, regulatory, administrative and physical barriers.

Commenting on the appointment of Sutherland, the UK Government said he had been essential to the establishment of the WTO, and also had been hugely important to the Uruguay trade talks.

“The global economy clearly needs a boost, and trade liberalization has to play a very important part in this,” said Sutherland, adding that he was “honored” to lead the new group.

Bhagwati is an advocate of free trade and has previously served as an advisor to former UN secretary general Kofi Annan.