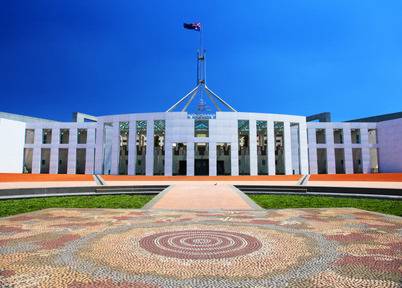 Doing business in Australia: key insights and overview
The parliament building in Canberra

The economic relationship between Ireland and Australia is stronger now than at any time in our respective nations’ histories, delivering two-way trade of more than AUD$2.8bn a year, according to Paul Burfield, director Australia/New Zealand at Enterprise Ireland.

Australia recently recorded its 23rd consecutive year of economic growth, largely thanks to its abundance of agricultural and mineral resources.

Its attractiveness as an investment destination is based on this long-standing economic resilience, sound regulatory framework for business and stable political system, notes Burfield.

“The Australian region has recorded remarkable and prolonged growth in exports by Enterprise Ireland client companies from a level beneath €90m in 2004 to almost €300m in 2013 – making it the second largest market in the Asia Pacific region in terms of total exports and the largest destination market for non-food exports.”

There are over 140 Enterprise Ireland client companies active across Australia, with 92 having a physical presence in the market.

“As the world’s 13th largest economy, it has the world’s fifth highest per capita income and the second highest human development index globally. Australia ranks highly in many international comparisons of national performance, such as quality of life, health, education, economic freedom and the protection of civil liberties and political rights.”

The skill base of Australia’s highly educated and multi-cultural workforce represents another major asset, Burfield believes – one that is being developed with injections of new funding to promote innovation and research and development.

Focusing on sectors, although Australia’s energy and mineral resources are world renowned, the services industry comprises about 70pc of the country’s GDP.

“Almost 70pc of Irish company exports to Australia are derived from the software and services sector. The capability of Irish software companies across the financial, telecoms, travel and IT for healthcare sectors is well recognised by the local market and there is a distinct receptiveness towards Irish innovation in these sectors.

“Looking forward, the expansion of the healthcare sector in Australia is providing significant opportunities for Irish companies targeting their world-class capability to this burgeoning and innovation-hungry industry.”

This was evident during the trade mission to Australia in September, which involved a total of €10m in contracts being signed by Irish companies.

Over the past three years Enterprise Ireland has directed significant resources into supporting the entry and expansion of Irish companies into the mining and resources rich regions of Western Australia and Queensland.

“Significant opportunities exist for Irish companies with strong engineering and construction capability across this market and Enterprise Ireland opened a new office in Perth, Western Australia in June 2014 to better support the market development activities of our client base,” notes Burfield.

“We are extremely positive about the outlook for Irish engineering and construction-related companies to develop significant export scale in the Australian market.”

While opportunities abound, there are a number of challenges facing Irish companies in accessing and servicing the Australian market.

First and foremost, the nine to 11 hour time zone differences and the lack of proximity create challenges in communicating with and accessing the physical market to adequately service prospects and customers from both an additional cost and time management perspective.

Despite the tyranny of distance, Irish companies much still invest a similar of attention to developing relationships and business in Australia as they would nearer to home markets that are distinctly more accessible, advises Burfield.

“Our general rule of thumb is that senior executives of Irish companies serious about developing the Australian market must physically visit it and meet customers and prospects at least quarterly – as they would do for their UK customers for example.”

Choice of the right route to market is also crucial, Burfield adds. “The appointments of agents and distributors may have some advantages in terms of a lower cost method of market access. But such relationships still require a similar degree of market support by Irish companies and ultimately get in the way of the relationship an Irish company should have directly with their end customer.

“Given the distance from Ireland, many companies feel that by simply appointing an agent or distributor they have satisfied their market entry requirements – however agents and distributors in Australia often require as much servicing as direct sales teams to be successful.”